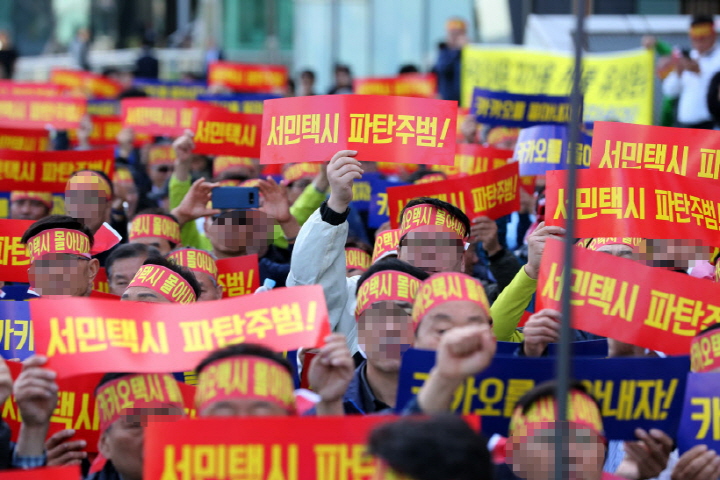 Over 500 members of the “committee against illegal carpooling” – composed of four taxi-related labor unions – participated in the protest.

The committee stated that “Kakao is planning to initiate a carpooling service by use of individual vehicles, which is clearly illegal.”

The committee presented an ultimatum to the Internet giant, refusing to accept dispatch calls from Kakao in the future if it does not withdraw its current plans. 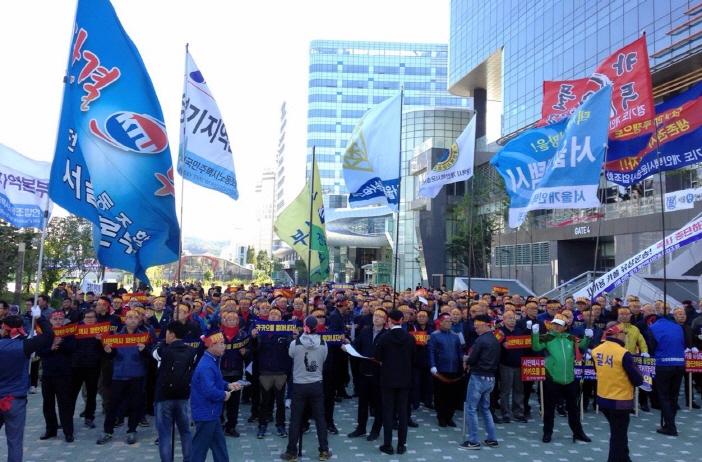 The committee is planning a third rally on October 18 in Gwanghwamun with more than 30,000 taxi-industry workers expected to participate.

Meanwhile, the Presidential Committee on the Fourth Industrial Revolution has been reviewing innovative measures aimed at improving taxi services and expanding carpooling ventures, but developments have been slow due to the opposition of taxi drivers.