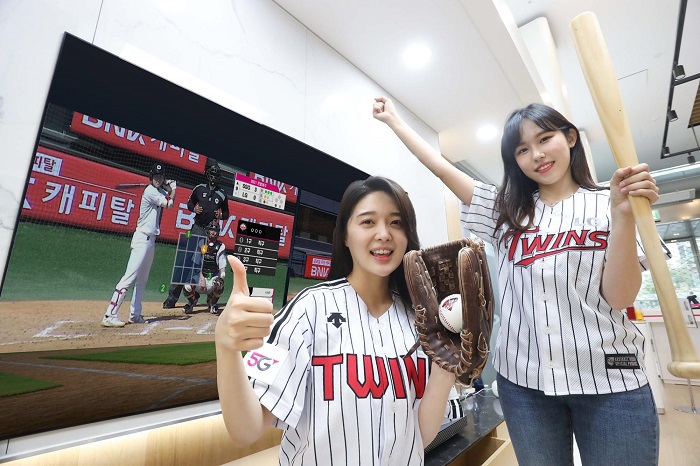 With the 2021 season of the Korea Baseball Organization (KBO) begins Saturday, tech companies are releasing a series of broadcasting services with special features to meet audience demand.

PAIGE comes with a picture in picture (PIP) feature to allow online spectators to use other apps simultaneously as they watch the game. It also offers voice-only broadcasting services.

The company reported a 13 percent increase in the number of spectators for KBO regular season matches from last year, and viewers watched the games for 19 percent longer.

Another telecommunications firm LG Uplus Corp. also released an upgrade for U+ Pro Baseball, the company’s baseball service platform, just before the grand opening of this year’s regular season.

The newly added real-time strike zone service overlays a strike zone on a live broadcasting video, with information about each pitch.