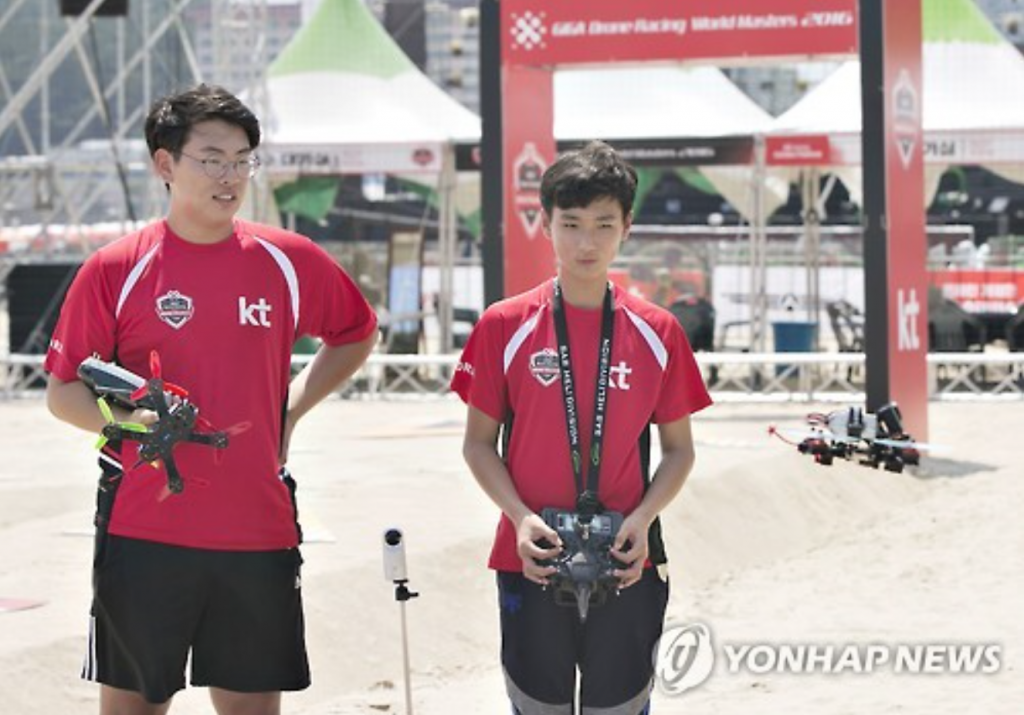 SEOUL, Aug. 8 (Korea Bizwire) – In what was perhaps a sign of the future, the 2016 Drone Racing World Masters were dominated by teenage talents.

With 32 contestants from 12 countries across the globe participating, the competition was organized into two categories: a racing category that measured the fastest lap time around a track, and a freestyle category where racers presented aerial stunts with their drones flying through various obstacles.

During races, drone pilots wear goggles that display the live video feed from their respective drones’ first-person-view cameras, and use them to steer their aircraft. With drones moving at a maximum speed of 150km/h, the key to this type of racing is the ability to react quickly.

“The live feed from the camera is very vivid,” said Kim. “And I enjoy the thrilling sensation you get when flying through obstacles.”

The three teenage contestants had less than two years of experience in drone operation. Prior to training with drones, they were avid pilots of radio-controlled (RC) aircraft. Kim and Son first started operating RC helicopters at ages three and seven, respectively, while Bannister also flew toy airplanes at an early age with and dreamt of becoming an airplane pilot. 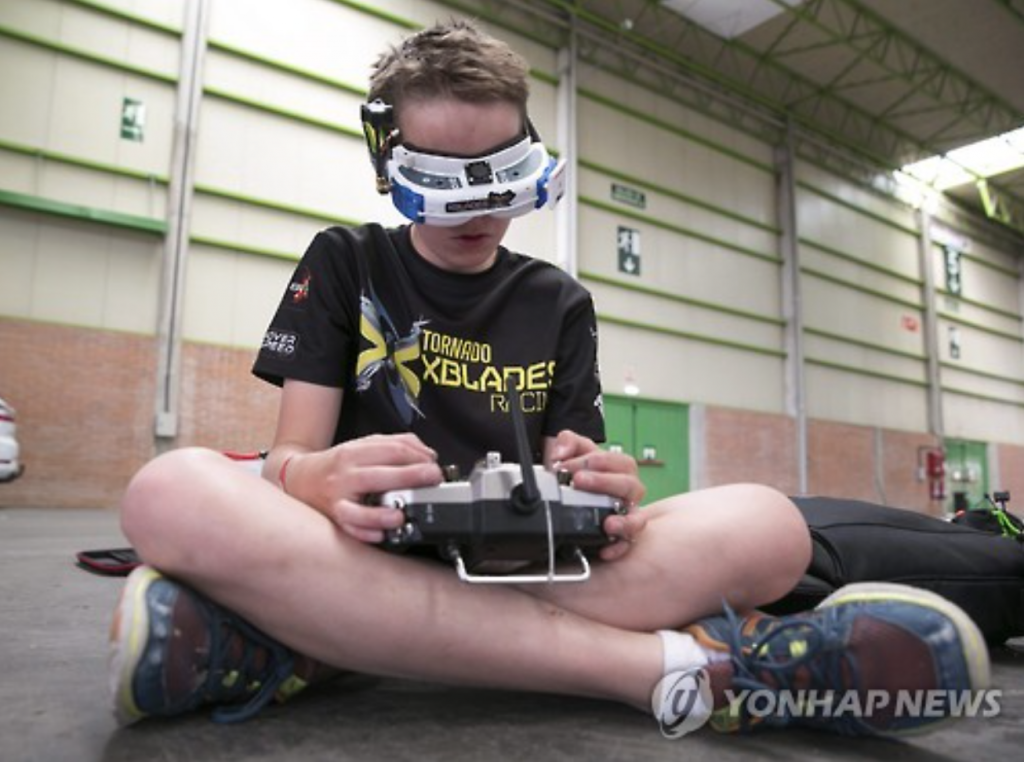 “Practice is the only way,” said Bannister during a press conference on Saturday. (image: Yonhap)

In fact, according to an official from team GigaFive, “the control of drones and RC helicopters is remarkably similar, which is why such experience is useful for first-time drone operators.” GigaFive is the first drone sport team founded by KT, which also hosted this year’s event.

Ceaseless practice, according to this year’s teenage participants, is also the key to success.

“Practice is the only way,” said Bannister during a press conference on Saturday.

Kim is also known for practicing six to seven hours each day on various drone maneuvers.

“Since last year, drone racing is taking the center stage as a next generation eSport,” said an official from KT. “Such remarkable performances by teenagers will certainly boost the popularity of drone sports.”