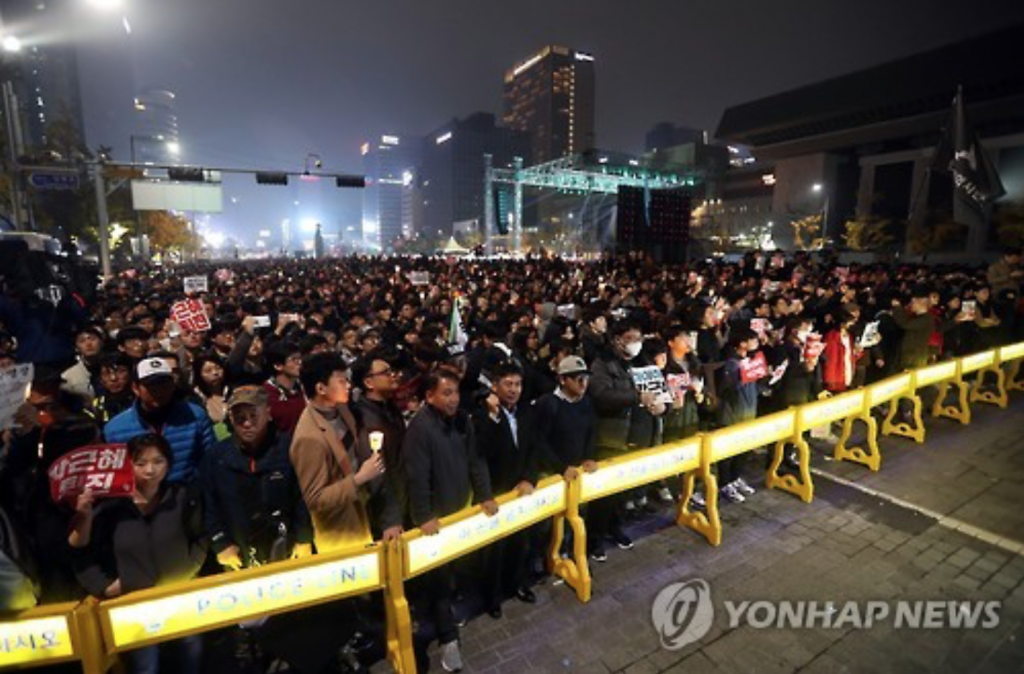 The rally, involving some 1,500 civic groups, may draw the largest number of participants this millennium, with the police expecting 170,000 protesters and organizers putting the number between 500,000 and 1 million.

Three opposition parties vowed to join the rally, along with some potential presidential hopefuls, including Seoul Mayor Park Won-soon of the Democratic Party.

The highest tally was in June 2008, when 700,000 people took to the streets in protest against the import of U.S. beef. The figure hovered around 80,000, according to the police calculation.

The protest is scheduled to start around 5:00 p.m. in Gwanghwamun, central Seoul. The police plans to deploy 25,000 policemen to prevent potential violence.

Park allegedly allowed Choi Soon-sil, who holds no government post, to exert influence on state affairs. Choi is also accused of using her ties with the president for illegal benefits.