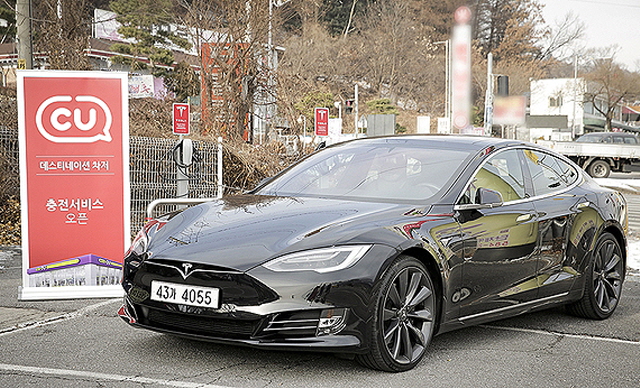 The slow-charging stations have been installed at four CU stores in Gapyeong, Cheongpyeong, Uiwang and Bibong in Gyeonggi Province that surrounds Seoul, according to Tesla Korea and CU.

Cu said it will be responsible for the management and services of the slow-charging stations, and drivers of Tesla cars can charge their vehicles free of charge.

Tesla Korea said it takes more than 10 hours to fully charge its electric cars at the slow-charging stations.

Tesla Korea has built 112 slow-charging stations, including seven at CU stores. It has also installed 11 superchargers — which only take about one hour to fully charge a Tesla vehicle.