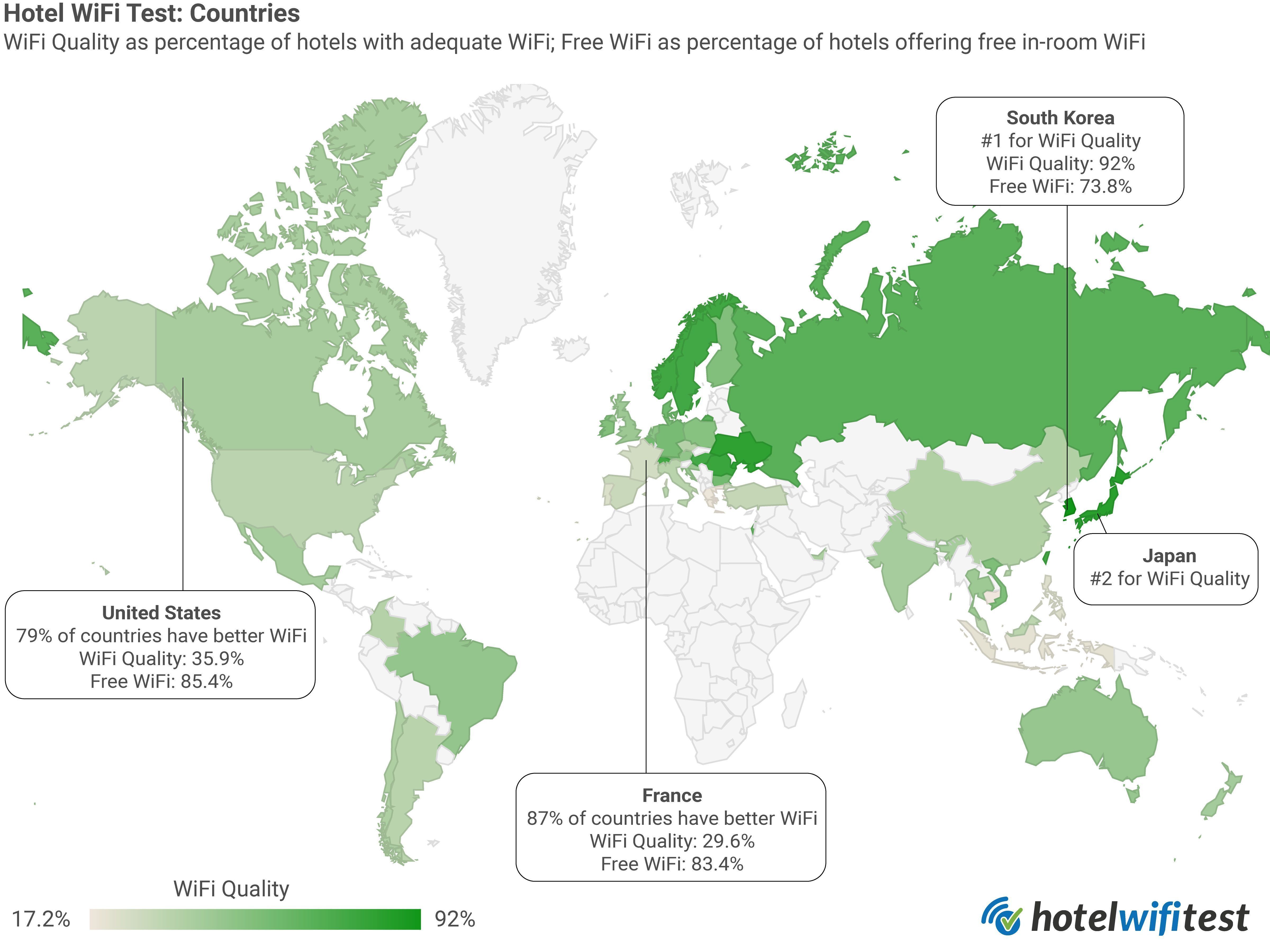 WiFi Quality is expressed by the percentage of hotels that offer adequate WiFi quality in a given geographical area. (image: Hotel WiFi Test)

NEW YORK, Jan. 20 (Korea Bizwire) — Hotel WiFi Test has released a new report that ranks cities, countries, and world regions by WiFi quality. Two characteristics of hotel WiFi are considered: the quality of the WiFi and whether in-room WiFi is free.

WiFi Quality is expressed by the percentage of hotels that offer adequate WiFi quality in a given geographical area. This type of ranking is easy to understand, and it makes perfect sense from a practical standpoint. For most travelers, having super-fast and consistently stable WiFi is a great bonus, but their first priority is ensuring that basic quality expectations for Internet access are met.

The full version of the report is available at