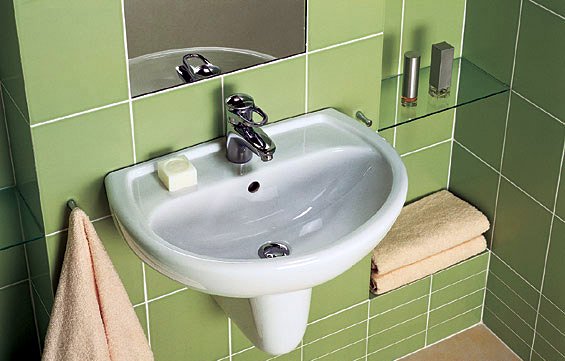 Seoul subway stations have carried out major makeovers of restrooms along with facility maintenance and renovation of the archaic subway stations. (image: Umywalka Nova/Wikimedia Commons)

SEOUL, Korea, Mar 18 (Korea Bizwire) – In recent years, subway bathrooms in Seoul have transformed to be clean, convenient and practical. Since 2008, Seoul Metro and Seoul Metropolitan Rapid Transit Corporation (SMRT), in charge of subway operation in Seoul, have carried out major makeovers of restrooms along with facility maintenance and renovation of the archaic subway stations.

Among 289 subway restrooms in Seoul, the ones that lack in number of toilets, the ones at the most visited sites or the ones in urgent need of improvement were the primary candidates of reconstruction. The facelift not only introduced safe and convenient facilities but also made every inch of the space count with designs customized to the district and passengers.

Some of the restrooms were redesigned to highlight historical, cultural and industrial aspects of their location. The restroom walls at Line 5 and 7 Gunja Station were decorated with real birch wood to represent the furniture street near the station. The new look of the restroom at Line 2 Yeongdeungpo-gu Office Station was inspired by the history of Yeongdeungpo as the former center of the textile industry. The restroom design symbolizes traditional Korean patchwork and the stone wall of Jagyeongjeon building in Gyeongbokgung Palace boasting the cultural grace of the country.

Several other toilet facilities incorporated the ages, characteristics and usage patterns of the main users into their designs. The restroom at Line 7 Children’s Grand Park Station features bright colors and cartoon characters in consideration of the “younger” visitors. It is equipped with the amenities for toddlers and plays children’s music inside. The restroom design at Line 1 City Hall Station made the convenience of the citizens who pay a visit to the Seoul Plaza and the City Hall a priority.

The number of toilet bowls was increased for female visitors and the rest area was made for the citizens, lighted up with bright but not glaring LED lamps to create a homely vibe. The restroom at Line 5 Jongno 3-ga Station took the theme of “harmony” as its motif for that it is located near Tapgol Park, known to be a senior citizens’ favorite hangout, and language schools where numerous students come by each day.