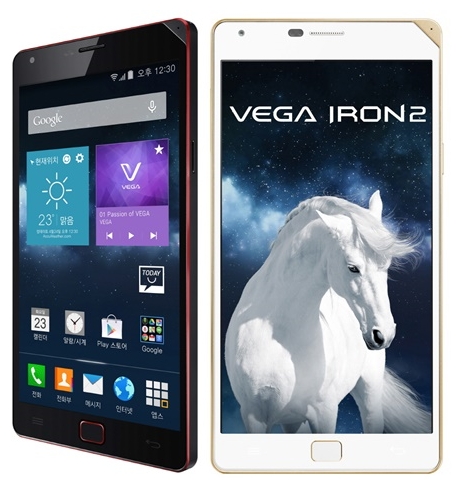 Vega Iron 2 is slimmer and lighter than “Vega Iron” (image:Pantech)

SEOUL, May 10 (Korea Bizwire) – ”Vega Iron 2″ has been finally unveiled. Pantech hosted a public media event in its head office on May 8, and revealed its newest smartphone model.

“Vega Iron 2″ is framed with metal edging design (endless metal) in the same way as its previous model, and loaded with a 5.3-inch full HD display, fingerprint recognition technology, and a 13.0-megapixel camera on its back.

On the other hand, Vega Iron 2 is slimmer and lighter than “Vega Iron,” with a thickness of 7 mm and weight of 152 grams and also, it made up for the shortcomings of the previous model and came up with increased battery life and faster recharging speed.

The newly launched smartphone is going to be presented in six different types, black or white body, each rimmed with gold or pink or silver metal frame.

Moreover, unlike the main smartphone models from other major handset manufacturers, which generally cost almost up to a million won, the Pantech’s latest model will be priced within the range of 750,000 won to 800,000 won.

Pantech had initially planned to host the launch event on April 24, but has postponed the unveiling to take part in the nationwide mourning for the victims of the capsized ferry Sewol.