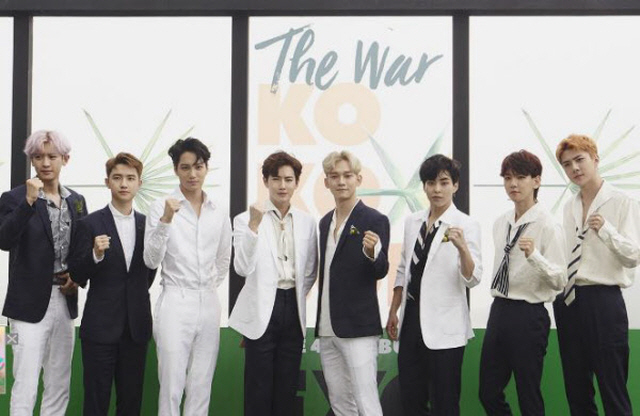 The Korean and Chinese versions of EXO’s fourth full-length album have sold a combined 1.01 million copies to date, according to S.M. Entertainment.

The group’s three previous full-length albums — “XOXO” (2013), “Exodus” (2015) and “Ex’Act” (2016) — sold over 1 million copies when including sales numbers for the Korean, Chinese and repackaged versions. “The War” reached the 1 million mark much faster and even without the help of a repackaged release.

“We can’t believe that the album sold over 1 million copies despite coming out less than a month ago. This is all thanks to all of you fans,” EXO said.