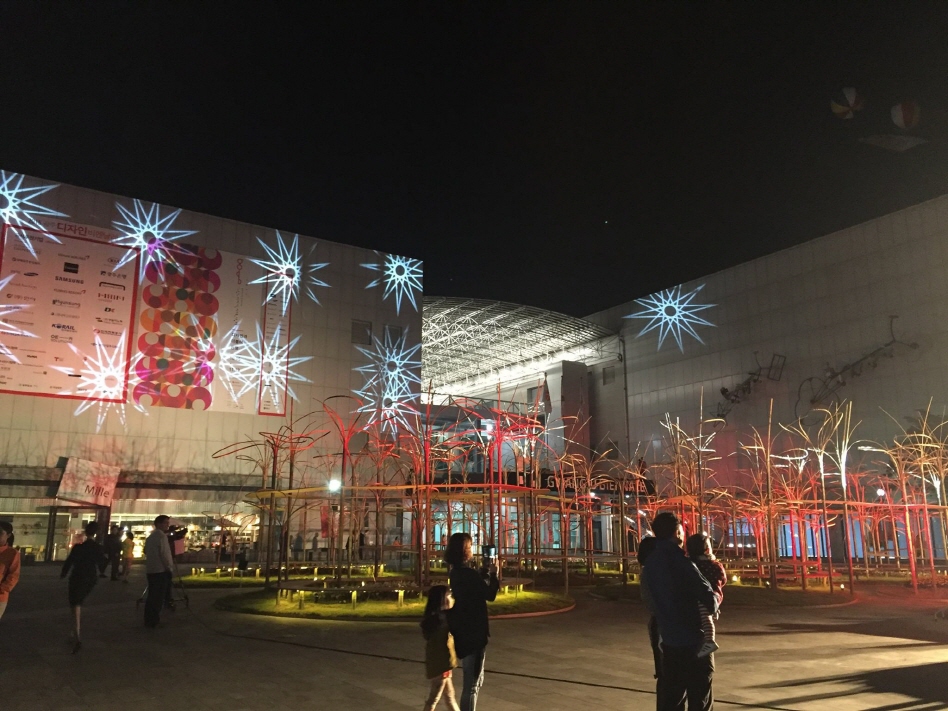 More than 13,000 people have been admitted to the annual expo, which runs from Oct. 15 to Nov. 13. The event, now in its sixth year, showcases some 3,000 items from 100 countries at the Asia Culture Center in Gwangju, South Jeolla Province.

Design students from all over the country took the lion share of the visiting demographic, the organizing committee said, although world-class designers, including Italy’s Alessandro Mendini and Japan’s Toyo Ito, have also graced the event with their presence.

One of the event’s highlights is “Yunmu” by the Japanese architect Ito, which is inspired by the bamboo forests of South Korea’s southwestern provinces. The huge structure installed on the Biennale Square has provided a visually scintillating space for visitors to stop and rest, organizers said.

“The display was organized in such a manner that doesn’t intimidate visitors,” said Park Yeong-sun, honorary head of the Korea Federation of Design Associations. “It was interesting to see the differences among designs in South Korea, China and Japan.”