Eagle-owls were designated as natural monument No. 324 in 1982 and as category 2 endangered species in Korea in 2012.(image courtesy of Yonahap)

ULSAN, Jan. 28 (Korea Bizwire) – Three artificially hatched eagle-owls flew back from man-made nests  to nature in Ulsan on January 27. Their mother was found brooding over her eggs at a landfill in Ulju-gun, Ulsan in February 2014. The Ulsan Wild Animal Rescue Center since has been taking care of the mother and her eggs since then.

After 15 days of human care, three owlets weighing 50 grams each cracked their shells one by one. These three owlets have been extensively trained to adapt to life in the wild, and are now adults weighing 2 kilograms each. 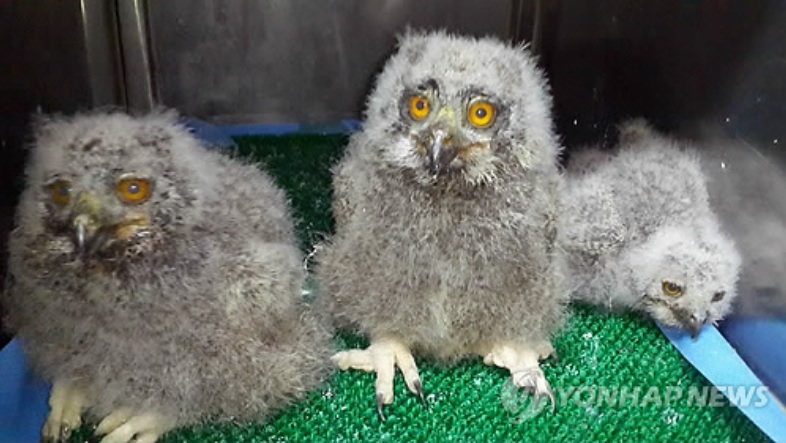 When they were just three months old (image courtesy of Yonhap)

The Ulsan Wild Animal Rescue Center is also set to release one eagle-owl and one hawk on January 30 at Ulsan’s festival for migratory ravens, which will be held in Taehwa-dong, Ulsan. The eagle-owl was found tangled in mesh and the hawk was found injured after crashing into a building wall. The two birds have been treated and fed by the center and now are preparing to go back to nature.

The Ulsan Wild Animal Rescue Center has been contributing to Ulsan’s stand as an ecological city, through consistent efforts to rescue wild animals in danger. 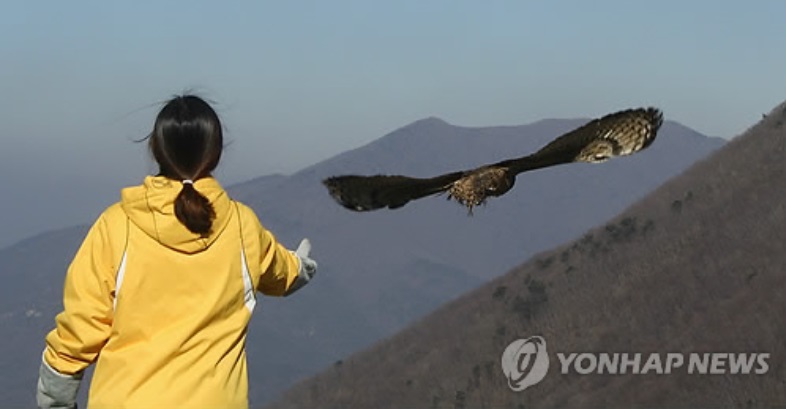 Go back to nature! (image courtesy of Yonhap)