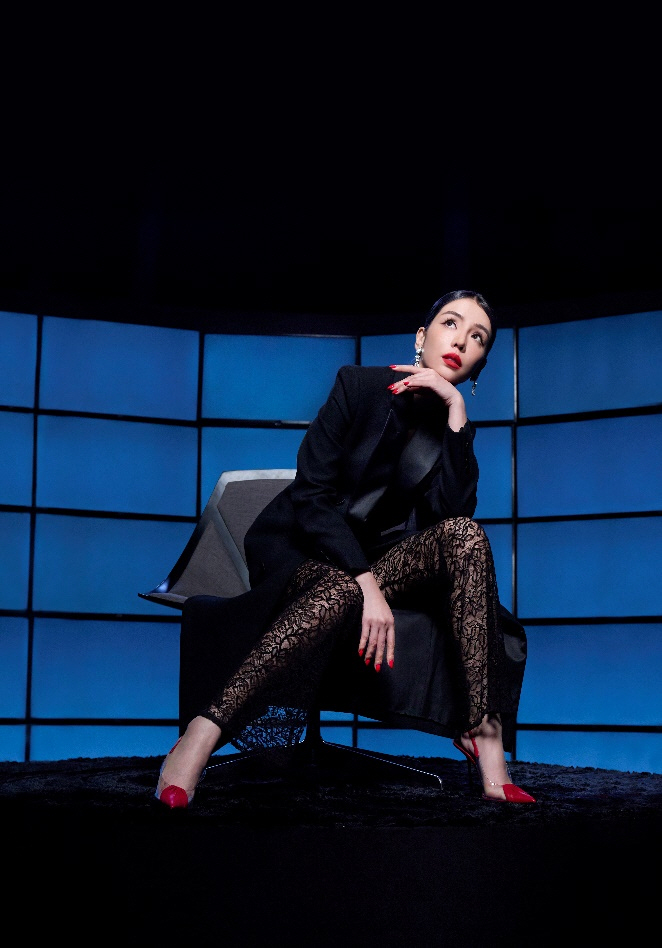 The series’ finale, titled “The Beginning”, features the female lead, having returned to the depths of the water in the previous episode, watches the following scenes as silhouettes on the television set: just as the handsome prince tries to wake the princess with the kiss of life, she regains consciousness. With the signature look of determination in her eyes, she pushes the prince away. At this time, he reveals his true identity – a beastly creature, and tries to attack the princess. Meanwhile in the depths of the water, the television screen shatters as the beast reaches out his claws to attack the female lead. She quickly draws her memories from the television set, including images of the castle, the battle with the black pawns, the moments when she wore beautiful dresses and appears glamourous superficially, and the blood red water. These memories become a magical red rose, like a fairy’s wand. She picks it up and waves it to cast a spell, ultimately turning the beastly creature into a puppy. Holding her new pet in her armss with her back straight, she strides confidently towards the dazzling lights that she has always yearned for. This is the beginning of her new chapter.

“The Beginning” poster added on fuller details and path way for Tia’s new chapter in life: 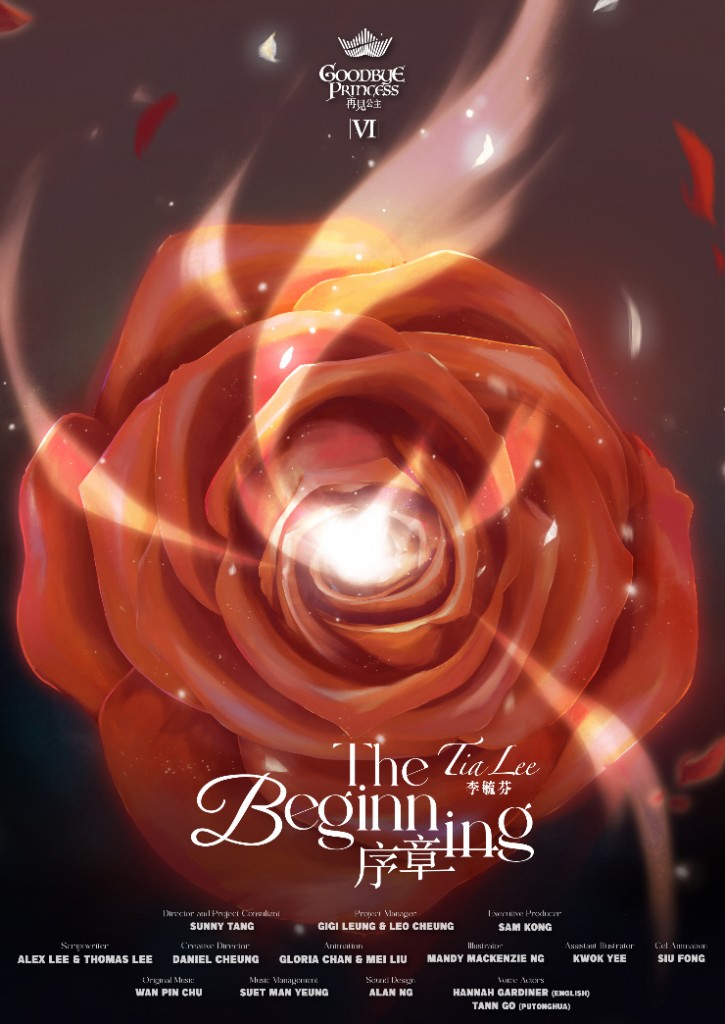 The final set of motion and still images for “The Beginning” was released today together with Vogue Hong Kong, showing Tia in all black Saint Laurent outfit and Christian Louboutin heels, a sharp contrast to the princessy look in the previous 5 episodes. Adding onto the determined look of Tia is a forward-looking glimpse towards the future.

The 6-part “GOODBYE PRINCESS” animation series was developed by an award-winning creative team based in Hong Kong, including Sunny Tang, Best Animation Award and Best Editing Award winner at Hong Kong Mobile Film Festival, illustrator Mandy Mackenzie Ng, scriptwriter Alex Lee, who have come together for the first time to work with Tia for this expressive series. Each 30-second episode has the spirit of a classic fictional “princess”, reconstructing age-old stories to tell a whimsical tale inspired by Tia’s own experience and journey in the entertainment industry. The series showcased Tia’s determination to break free, shake off biases that have been placed on her, paving the way forward to take ownership over her own destiny.

The series is a first-of-its-kind production that blends animation, music and real people to debut Tia’s renaissance. While Tia embraces a new chapter of her professional life, stay tuned for other new projects by Tia, which will be announced soon.

Tia Lee Yu Fen (李毓芬), born in Taipei, is an Asian global C-pop singer, film and television actress, and model. In addition to her acting roles and musical career, Tia appears frequently at major fashion shows. As a fashion icon and trend-setter, Tia has graced the covers of fashion, beauty and lifestyle magazines such as Vogue, Elle, Marie Claire, and shares her beauty and fashion tips through a number of Vogue’s social media channels.