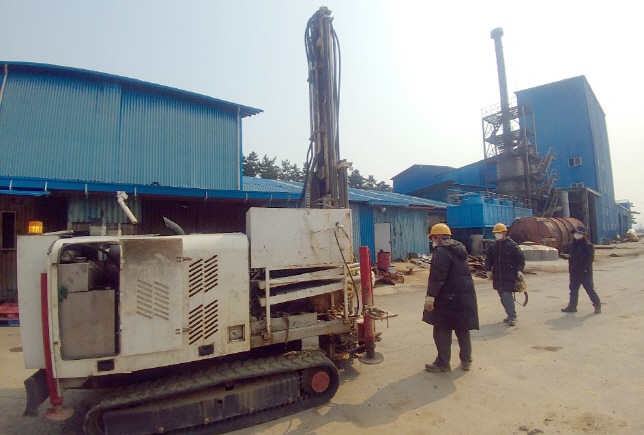 The fertilizer plant is being blamed for engaging in illegal processing without the necessary equipment in place to filter the carcinogens. (Yonhap)

IKSAN, Nov. 15 (Korea Bizwire) — Twenty-two residents in a small village of 90 people were diagnosed with cancer, 17 of whom have lost their lives.

A government investigation revealed that the reason behind the tragedy was none other than the carcinogens released from tobacco leaves.

The Ministry of Environment (ME) announced the results of the investigation on a surge of cancer diagnoses in the city of Iksan’s Jangjeom Village, in North Jeolla Province, revealing that carcinogens released by tobacco leaves illegally processed by a fertilizer plant nearby were responsible for the incident.

The fertilizer plant has been illegally processing dregs of tobacco leaves, which should have been used as compost, to make them into organic fertilizers by applying heat, producing carcinogens that affected the residents in the village.

Nicotine-nitrosamine nitrosonornicotine (NNN) and N-nitrosamine ketone (NNK) included in the TSNA are categorized as group 1 carcinogens by the International Agency for Research on Cancer (IARC).

They are known to cause cancer in the liver, esophagus, and the cervix. PAH includes benzopyrene which is also a group 1 carcinogen that causes skin cancer.

The fertilizer plant is being blamed for engaging in illegal processing without the necessary equipment in place to filter the carcinogens.

KT&G, South Korea’s dominant tobacco producer, was responsible for selling the tobacco dregs to the fertilizer plant, and explained that the dregs were sold based on a contract indicating that they would solely be used as compost without engaging in any heating process, denying responsibility for the incident.

Local environmental organizations, on the other hand, claimed that KT&G should not be exempted from taking responsibility since it was aware that the dregs could cause toxic emissions during the heating process.

The ME also reported on the health of the residents in the village.

Since the fertilizer plant was established in 2001, 22 residents have been diagnosed with cancer.