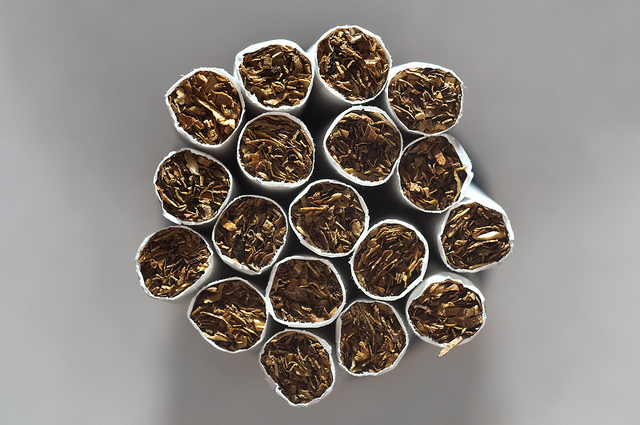 For the six months between January and June this year, the volume again skyrocketed to 66.44 billion won, hitting a record-high level. （image：Curtis Perry/flickr）

SEOUL, Oct. 7 (Korea Bizwire) – As the government’s decision to raise the cigarette prices by 80 percent from early next year has become the talk of the town, the scale of tobacco smuggling is getting bigger.

According to data submitted by the Korea Customs Service requested by Congressman BakMaeng-woo (New Frontier Party), the value of smuggled tobacco products caught at the customs rose more than 10 times to 43.69 billion won (US$40.9 million) last year from 4.09 billion won in 2011 and 3.28 billion in 2012.

SEE ALSO: Cigarette Price to Be Tagged to Rise of Consumer Prices

SEE ALSO: Which Will Court Be in Favor of, NHIS or Tobacco Firms, in Fierce Court Battle?

For the six months between January and June this year, the volume again skyrocketed to 66.44 billion won, hitting a record-high level. Assuming that the current trend continues until the year’s end, it is projected to rise to 132.8 billion won, up three times from the previous year.

The National Assemblyman commented, “The main reason for tobacco smuggling to rise explosively was the government has been lax on enforcing rules on illegal distribution of imported tobacco products. It must strengthen enforcement before the cigarette price hike in January next year as more people would import foreign-made cigarettes to take advantage of price differential.”