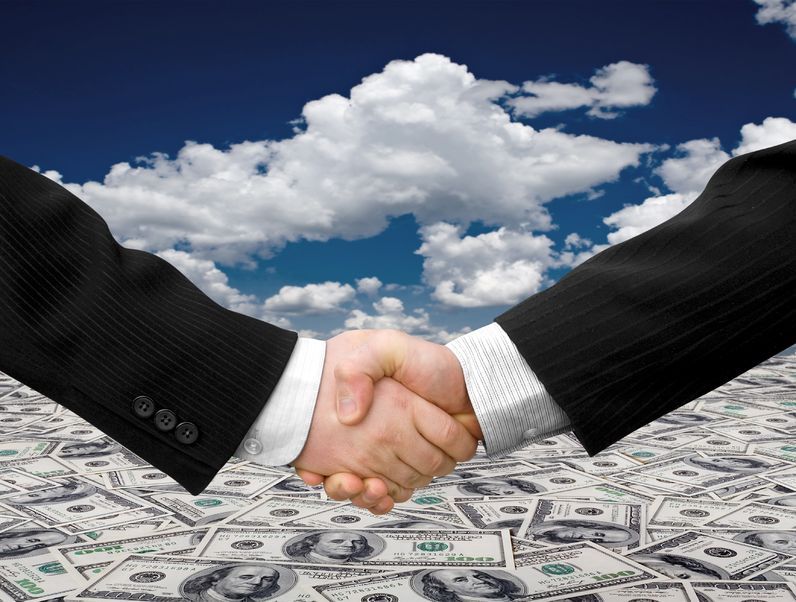 LUCERNE, Switzerland, Jul. 10 (Korea Bizwire) — Recently, TokenPay Swiss AG announced its partnership with WEG Bank in Germany. Under the terms of the previously announced deal, TokenPay acquired 9.9% of the bank along with options to purchase approximately 90% overall of the bank pending the customary regulatory approval. Today, this 9.9% stake in WEGBank was further transacted to the benefit of Litecoin Foundation in exchange for a broad and comprehensive marketing and technology service agreement to benefit TokenPay and its related cryptocurrency and business operations. As a result of this partnership, TokenPay and Litecoin combine as a leading force in creating and delivering to the market modern consumer-driven crypto FinTech solutions.

Specifically, TokenPay will directly benefit from Litecoin’s high-level blockchain mechanization capabilities. The partnership will focus on several key areas that have been identified by analysts as critical to the success of the enterprise. This includes, but is not limited to, the TPAY cryptocurrency and its vital blockchain, eFin decentralized exchange (DEX) and the EFIN coin, TokenSuisse asset management and structured financial products, WEG Bank FinTech platform including high demand consumer debit cards and the TokenPay Multisignature Transaction Engine designed for processing fast and secure crypto e-commerce payments for merchants.

Furthermore, at the same time, TokenPay has acquired an additional 9.9% of WEG Bank. It is essential to understand that under German banking law no entity can own more than 9.9% of a bank without regulatory approval. Upon the granting of the approval, TokenPay plans to exercise its options to acquire the remaining shares of WEG Bank it is entitled to purchase. With the prominent addition of Litecoin as a strategic marketing, blockchain technology, and logistics partner in WEG Bank and its long-standing partnership with Verge Currency, TokenPay conservatively anticipates adding several hundred thousand customers to its debit card solutions platform in the near term. Accordingly, the technical expertise provided by Litecoin will be a tremendous benefit to the establishment of comprehensive automation guidelines and standards employed by the bank as it explores new market opportunities.

Charlie Lee, Managing Director of the Litecoin Foundation, stated, “This partnership is a huge win-win for both Litecoin and TokenPay. I’m looking forward to integrating Litecoin with the WEG Bank AG and all the various services it has to offer, to make it simple for anyone to buy and use Litecoin. I’m also excited about Litecoin’s support in TokenPay’s eFin decentralized exchange.”

Matthias von Hauff, founder, and CEO of WEG Bank AG added: “The partnership with innovative institutions such as TokenPay and Litecoin might at first come unexpectedly for a very conservative institution like us. But we have thoroughly and diligently examined the prospects of a common future, and we became convinced that the future of banking will make adoption of such modern payment methods inevitable. We are therefore proud to have teamed up with the best in the field.”

Prof. Dr. Jorg E. Wilhelm, Head of Supervisory Board of TokenPay Swiss AG commented, “We are elated to be in the process of acquiring a large stake in a successful business bank based in Germany such as WEG. Our ecosystem consisting of the TPAY blockchain, WEG Bank, TokenSuisse and Litecoin Foundation provides us with a tremendous opportunity regarding merchant solutions, along with a strong and diverse customer base for our crypto debit card business. The tangible reality of bridging the gap between the old and new world is electrifying.”

Litecoin Foundation
The Litecoin Foundation is a Singapore-based non-profit organization created to advance Litecoin for the good of society by developing and promoting state-of-the-art blockchain technologies. Litecoin was created by Charlie Lee in 2011 as a transaction-friendly cryptocurrency. It is commonly thought of as the “silver” to Bitcoin’s gold and has key technical differences that make it superior to Bitcoin for payments due to its faster transaction speeds and lower fees.

WEG Bank AG
WEG Bank was founded in 2015 and is the second bank started by CEO Matthias von Hauff. It is a thriving, market-leading German institution known throughout the industry as a market leader in the real estate renovation and modernization projects market. WEG Bank plans to create a new division, which will not disrupt the current one, that will enable consumers and merchants to integrate FinTech and blockchain technology and services.