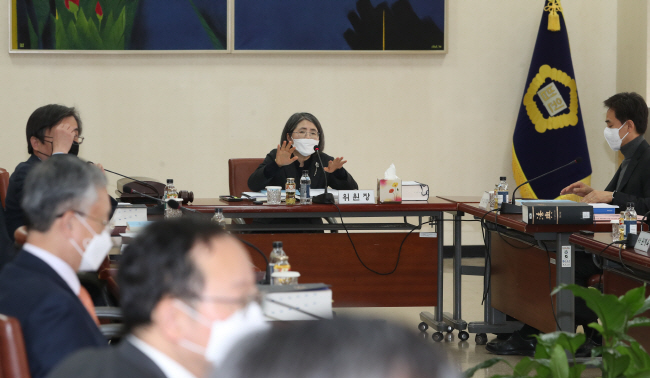 The new law, dubbed the Yoon Chang-ho Act after an Army conscript who was killed by a drunk driver in Busan in 2018, increased the minimum penalty for DUI offenses resulting in deaths to an imprisonment of at least three years or life imprisonment.

The Supreme Court’s new guideline calls for handing out heavier penalties for DUI offenders and other people convicted of dangerous driving resulting in accidents or deaths.

DUI offenders responsible for car accidents involving fatalities will be punished with jail terms of two to five years, compared with the current recommendation of eight months to two years in prison.

In the case of aggravated punishment, the recommended maximum sentence will rise to four to eight years in jail from the current one to three years, commission officials said.

DUI offenders with a record of drunk driving will be subject to the aggravated punishment, they explained.

The commission then recommended a maximum sentence of 12 years in prison for strongly criticized DUI offenders.

If the nature of the crime is very serious and vicious, sentences heavier than the recommended guideline can be handed out, they said.

The commission set the maximum sentence for DUI offenses involving injuries to 7 1/2 years in prison.

The revised guideline will take effect on July 1, the top court said.