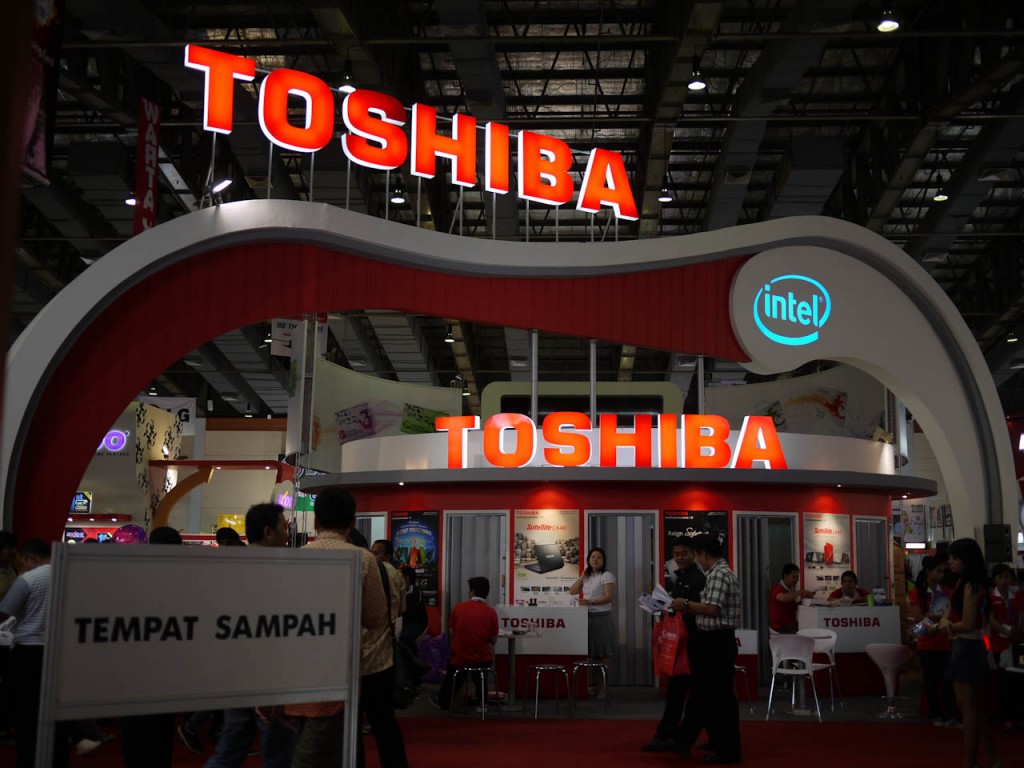 Toshiba filed the suit on learning that a former employee of SK Hynix has been arrested in Japan for alleged criminal infringement of the Unfair Competition Prevention Act. (image: Toshiba booth by nSeika/flickr)

TOKYO, March 14, 2014 (Korea Bizwire) – Toshiba Corporation (http://goo.gl/p8j1Ek) (TOKYO:6502) today announced that it has brought a civil suit against Korea’s SK Hynix Inc. at the Tokyo District Court, under Japan’s Unfair Competition Prevention Act. The suit seeks damages for the wrongful acquisition and use of Toshiba’s proprietary technical information related to NAND flash memory, which Toshiba pioneered in 1987 and now jointly develops and produces with SanDisk Corporation of the U.S.

Toshiba filed the suit on learning that a former employee of SK Hynix has been arrested in Japan for alleged criminal infringement of the Unfair Competition Prevention Act. The employee formerly worked for SanDisk in a NAND flash memory development project conducted in partnership with Toshiba at Yokkaichi Operations, Toshiba’s flash memory technology development and mass production base in Mie prefecture, Japan. The employee is alleged to have illegally taken Toshiba’s proprietary technical information in 2008, and to have subsequently provided it to SK Hynix.

SK Hynix is a business partner of Toshiba. However, the companies are also competitors in NAND flash memory, one of Toshiba’s core technologies, and given the scope and importance of the misappropriated technical data involved, Toshiba has no reasonable option other than to seek legal redress.

Moving forward, Toshiba will construct a more robust system for protecting its intellectual property and preventing its loss, and respond resolutely to unfair competition, in order to maintain the advanced technical competence that is the source of its competitive strength.

Toshiba was founded in 1875, and today operates a global network of more than 590 consolidated companies, with 206,000 employees worldwide and annual sales surpassing 5.8 trillion yen (US$61 billion). Visit Toshiba’s web site at www.toshiba.co.jp/index.htm