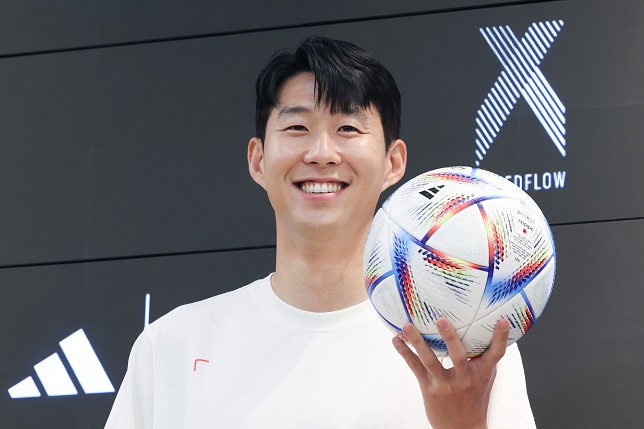 SEOUL, July 4 (Korea Bizwire) — As elated as he was to win the Premier League Golden Boot this past season, Tottenham Hotspur’s Son Heung-min says sharing the joy with his supportive teammates made the experience even more special.

In a corporate event held in Seoul on Monday, the South Korean superstar shared some of his fond memories from the Premier League season finale against Norwich City on May 22.

Son grabbed a brace in the second half of a 5-0 rout to reach 23 goals for the season and shared the Golden Boot with Mohamed Salah of Liverpool. Son became the first Asian player to capture the Premier League scoring title.

“It was such a happy moment,” Son said. “My teammates supported me a great deal, and they were so excited like they’d won the Golden Boot themselves.”

Son said many of his teammates kept telling him they were out there trying to make him the Golden Boot winner.

“Honestly, I felt I was in a rush because I wasn’t getting scoring opportunities. When we went up 2-0 in the first half, I started to lose my focus,” Son recalled.

Son said one particular teammate, Eric Dier, had been on the Son hype train for over a month.

“Every time I scored, Dier would tell me, ‘The Golden Boot is yours,’” Son said. “I was too far behind Salah at the time. And I said, ‘What are you talking about?’ But then as I started closing the gap, my teammates said they were getting excited too.” 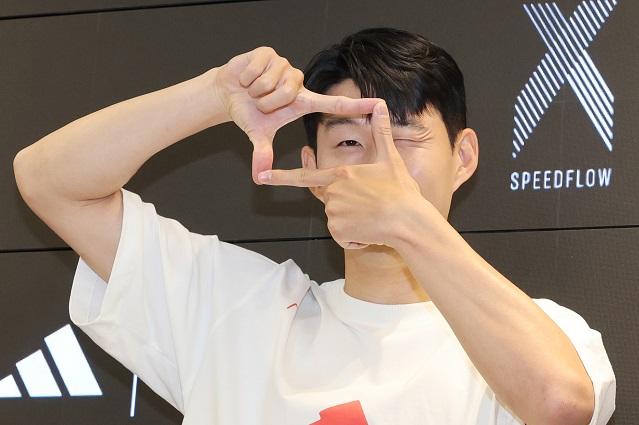 More so than his personal accomplishment, Son said he was pleased with the way Spurs finished the season, beating Norwich handily to lock down a spot in the upcoming UEFA Champions League group stage.

That, plus helping South Korea qualify for the FIFA World Cup as captain, represented the highlight of the year so far for Son.

“I’d like to have something that can top these two moments during the World Cup,” Son said of the Nov. 21-Dec. 18 tournament taking place in Qatar.

“I am not going to the World Cup just to see Ronaldo,” Son said. “I am only focusing on how we can get the best of ourselves and play the way we’re capable of playing. Whether it’s Portugal, Ghana or Uruguay, they are all going to be difficult opponents.”

Qatar will be Son’s third World Cup appearance and his first as captain. Four days from his 30th birthday, Son offered this bit of advice to his teammates.

“I hope the guys don’t get too nervous and uptight just because it’s the World Cup,” Son said. “We’ve seen how some of the players that came before us competed. Our goal should be to go in there and leave everything we have on the pitch.” 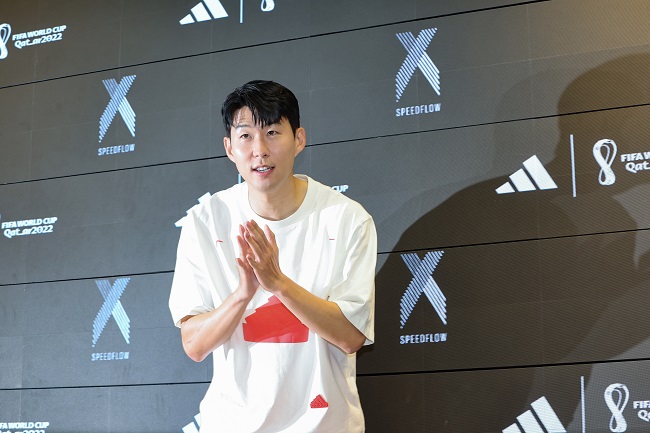 After the Premier League season ended, Son captained South Korea through four friendly matches last month as part of the country’s preparation for the World Cup.

This month, Son will put his Tottenham shirt back on for a couple of summer exhibition matches before home crowds.

Son’s Tottenham mates will join him for the first match against Team K League, made up of star players from the South Korean competition, at 8 p.m. on July 13 at Seoul World Cup Stadium.

Three days later, Tottenham will face the Spanish side Sevilla FC at 8 p.m. at Suwon World Cup Stadium in Suwon, some 35 kilometers south of the capital.

“I can’t wait. It’s a special opportunity for me to play as a member of Tottenham in front of Korean fans,” Son said. “I’d love to play well.”

And in addition to playing in those matches, Son will have other, off-field obligations for his teammates.

“I think the lads are mistaken. They think I am some big shot in Korea, and I know all the best restaurants in the country,” Son said with a smile.

“I don’t know if I can take care of 50 to 60 people all at once. That’s a lot of pressure on me. But since they’re going to be visiting Korea, I will pick up the tab.”