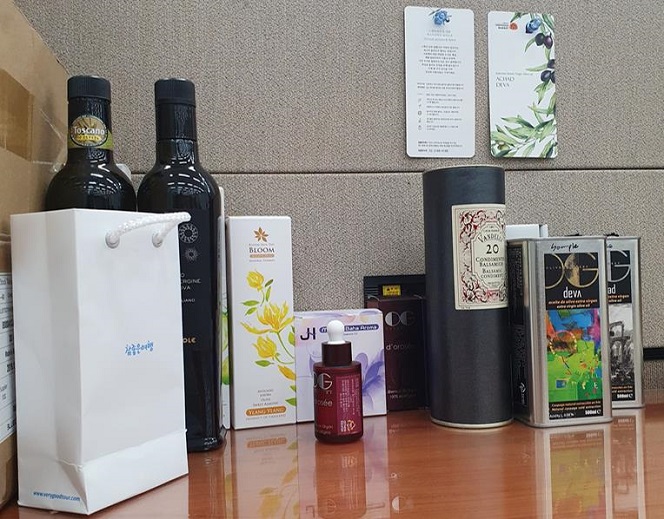 This photo provided by Very Good Tour Co. its imported goods for sale.

SEOUL, Jan. 25 (Korea Bizwire) — Travel agencies struggling with the ongoing pandemic are turning to selling imports of specialty goods in a bid to limit their losses.

The company has been importing high quality products from popular tourist destinations since November.

Thus far, it has imported 20 year-old Condimento Balsamic Vinegar from Italy and D’orosee Argan Oil from Spain, both of which sold out rapidly.

The agency has also launched online sales of Japanese tableware made from Arita, a famous pottery town in Kyushu, seeing a surge in sales as word of mouth began to spread among consumers.

Seil Tour Co. recently founded Mona Camping Park, a consulting firm for campgrounds, to tap into surging demand for outdoor activities, which are seen as a safer alternative to travelling.

The agency recently recruited camping specialists and began development of a campground in Gapyeong, Gyeonggi Province.