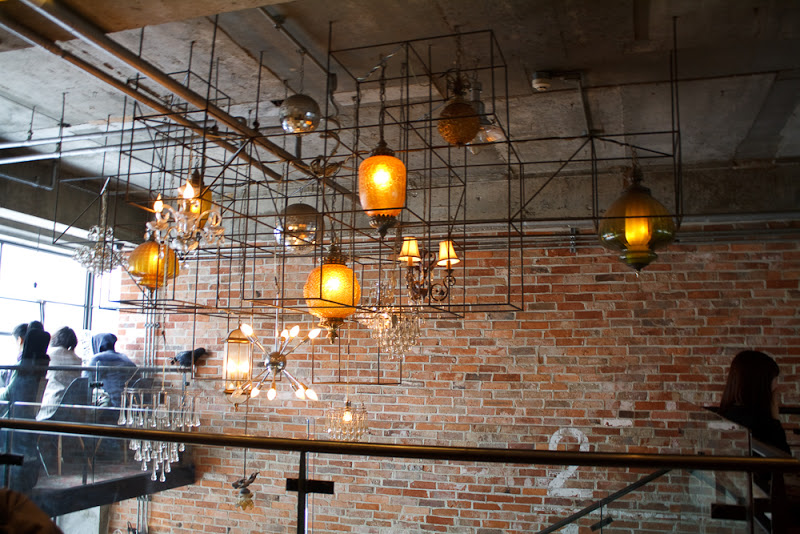 SEOUK, Korea, Sep 14 (Korea Bizwire) – Seoul’s trendy youths in their 20s and 30s tend to have meals on Serogu-gil but splurge on latest fashion items on Garosu-gil, both located in toniest parts of Gangnam. According to credit card company BC Card on September 11 based on data collected from credit card transactions of its 27 million users, credit card sales on Garosu-gil were twice higher than those for Serosu-gil.

Garosu-gil, meaning in Korean “tree-lined road,” has become popular since a few years ago among young affluent consumers for chic brand clothiers, cafes, and exotic food restaurants. Lately, however, the fame of Garosu-gil is being challenged by up-and-coming “Serosu-gil,” a small alley perpendicular to Garosu-gil, for its down-to-earth ambience and reasonable prices. Here, Garosu- and Serogu-gil are an instance of word play contrasting horizontal (garo) against vertical (sero). But “garosu” in Garosu-gil has nothing to do with horizontal.

The most popular type of business on Serogu-gil was restaurant (23%), followed by women’s wear (1.9%), miscellaneous (1.2%), bakery (1.2%), and hair salon (1.1%). In contrast, the businesses that are doing well on Garosu-gil are more diverse, with women’s fashion accounting for 31 percent and food service taking the second place with 14 percent. Other business types, such as dentist (5.0%), other clothing (3.3%), and ob-gyn clinic (2.9%), are equally represented on Garosu-gil. 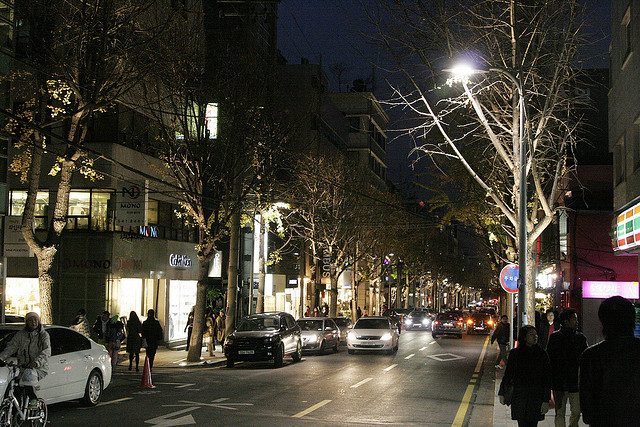 Garosugil in Sinsa-dong is a part of southern Seoul that’s become popular for its trendy boutiques, cafés, restaurants and people watching. (image: sellyourseoul at Flickr)