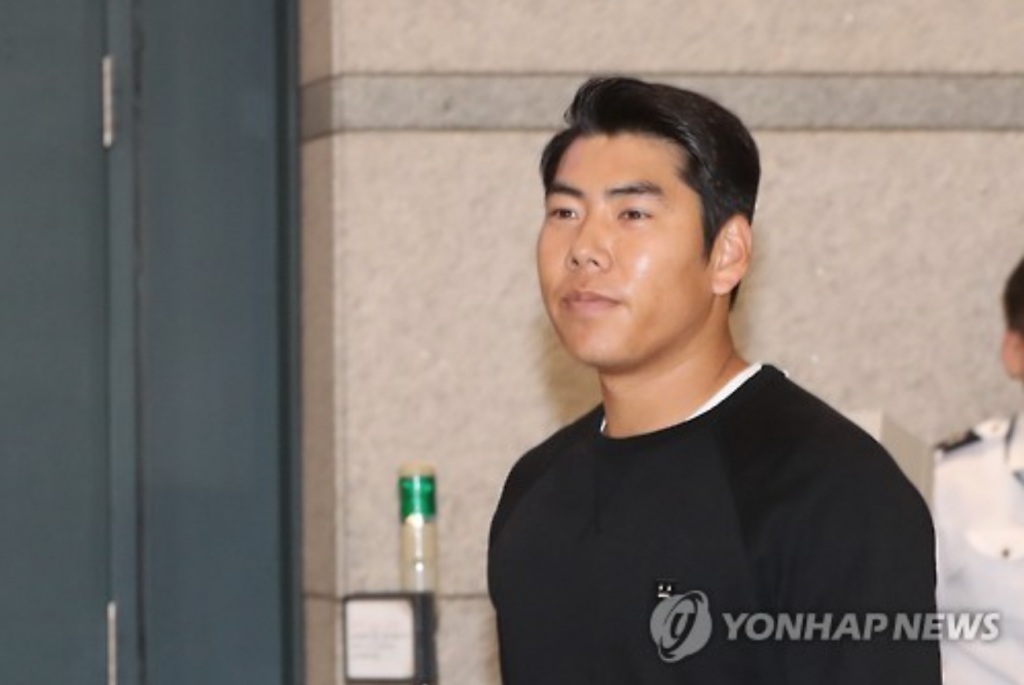 Kang was arrested after fleeing the scene of a DUI accident in the nation’s capital last month. Earlier Wednesday, Seoul police said they were seeking Kang’s indictment. (image: Yonhap)

SEOUL, Jan. 4 (Korea Bizwire) – Pittsburgh Pirates infielder Kang Jung-ho, facing indictment over charges of driving under the influence of alcohol, was dropped from the national team for this year’s World Baseball Classic (WBC) on Wednesday.

Manager Kim In-sik made the decision after meeting with his coaches at the Korea Baseball Organization (KBO) headquarters in Seoul. Kim had said in an earlier interview with Yonhap News Agency that he was “leaning toward” taking Kang off the 28-man roster because of his off-field problems.

Kang was arrested after fleeing the scene of a DUI accident in the nation’s capital last month. Earlier Wednesday, Seoul police said they were seeking Kang’s indictment.

“As we all know, Kang has had some issues,” Kim said at a press conference following the meeting. “So our coaching staff made this call (to drop him).”

Kang, a former KBO All-Star as a shortstop, hit 36 home runs in his first two seasons with the Pirates while primarily playing at third base. He finished third in the National League Rookie of the Year voting in 2015, and bounced back from horrific leg injuries to belt 21 homers in just 103 games in 2016. He would have been South Korea’s top option at either third base or shortstop and put in the heart of the order.

Taking Kang’s place on the national team will be Kim Ha-seong, an All-Star shortstop for the KBO’s Nexen Heroes. Kim enjoyed a 20-20 season in 2016, with career highs of 20 homers and 28 steals.

The right-hander, who had 19 saves and a 1.92 ERA as a big league rookie last year, was initially kept off the roster for his gambling history but appeared likely to be put on the team Wednesday.

A South Korean court fined him in January 2016 on illegal overseas gambling charges, and the KBO slapped him with a 72-game suspension, to take effect if Oh returns to the league. He’s the KBO’s career leader in saves with 277.

Kim faced strong backlash when he first indicated he would look past Oh’s gambling history and put him on the national team. Kim relented under mounting pressure, but with calls for Oh’s inclusion getting traction amid a slew of injuries to the pitching staff, Kim said in an earlier interview he would consider bringing Oh into the fold.

The manager said Oh’s fate will depend on whether South Korea will need an extra starter or a bullpen arm. Kim was forced to drop left-handed starter Kim Kwang-hyun from the national team, since the pitcher is scheduled to undergo elbow surgery Thursday and will be sidelined for up to 10 months.

“He is clearly someone that we need,” Kim said of Oh. “But we haven’t decided whether we should select a starter or a reliever (after Kim Kwang-hyun’s exclusion). We’ll have to discuss that in the near future.”

Asked whether he’d be willing to face criticism for naming Oh to the team, Kim said, without elaborating further, “There’s no question that we need him.”

In yet another injury-related roster change, Kim dropped veteran Lotte Giants catcher Kang Min-ho from the team with a knee injury and replaced the All-Star with the NC Dinos’ Kim Tae-gun.

The switch represents a significant drop-off in offensive production from the catcher position. Kang hit 20 home runs while batting a career-high .323 in 2016, and launched 35 home runs in 2015. He has seven 15-homer seasons, but Kim has hit just 11 homers in 747 career games, including one in 2016.

Gocheok Sky Dome in Seoul will host the first round games. The first game will be against Israel on March 6, followed by the Netherlands on March 7 and Chinese Taipei on March 9. All Korean games will start at 7 p.m.

The national team will open its training camp in Okinawa, Japan, on Feb. 12.

South Korea made it to the semifinals at the inaugural WBC in 2006 and finished runner-up to Japan in 2009, with Kim In-sik at the helm for both teams. The country, however, failed to make it out of the preliminary round in 2013.