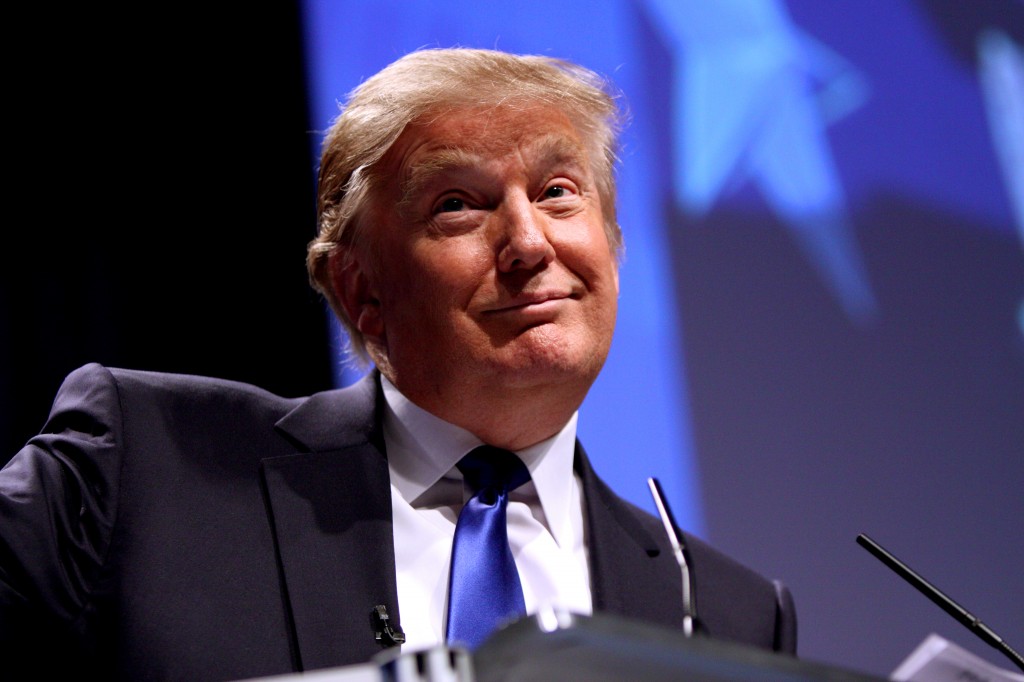 It was the third time Trump has publicly criticized South Korea over the American troop presence. (image courtesy of Wikimedia Commons)

WASHINGTON, Sept. 28 (Korea Bizwire) – U.S. Republican presidential front-runner Donald Trump said Monday that if elected president, he would try to have wealthy countries like South Korea, Germany and Saudi Arabia shoulder more of the cost for the upkeep of American troops stationed in those countries.

It was the latest in a series of remarks the billionaire real estate mogul has made to accuse South Korea and other nations of relying on the U.S. for their national defense while giving the U.S. nothing in return even as they make a lot of money.

Trump said the trade deals the U.S. has with other countries “are not sustainable” and he would renegotiate them, but did not elaborate. South Korea also has a free trade agreement with the U.S. that has been in effect since 2012.

It was the third time Trump has publicly criticized South Korea over the American troop presence.

In July, he said that whenever South Korea “is in trouble, our military takes care. You know we get nothing.” In August, Trump also said that South Korea is making a fortune, but the U.S. sends its troops to defend the Asian ally in exchange for “nothing.”

About 28,500 U.S. troops are stationed in South Korea to help defend the Asian ally from the communist North, a legacy of the 1950-53 Korean War that ended in a truce, not a peace treaty, which left the divided peninsula still technically at war.

Seoul has long shared the cost of stationing U.S. forces.

Last year, the two countries renewed their cost-sharing agreement, known as the Special Measures Agreement, with Seoul agreeing to pay 920 billion won (US$886 million) for 2014 for the upkeep of the U.S. troops, a 5.8 percent increase from a year earlier.

Moreover, the American military presence on the peninsula is seen as in line with U.S. national interests in a region marked by a rising China.

Trump has emerged as a leading candidate for the Republican presidential nomination for next year’s election as he made a series of unbridled remarks on immigration and other sensitive issues that apparently struck a chord with conservatives.