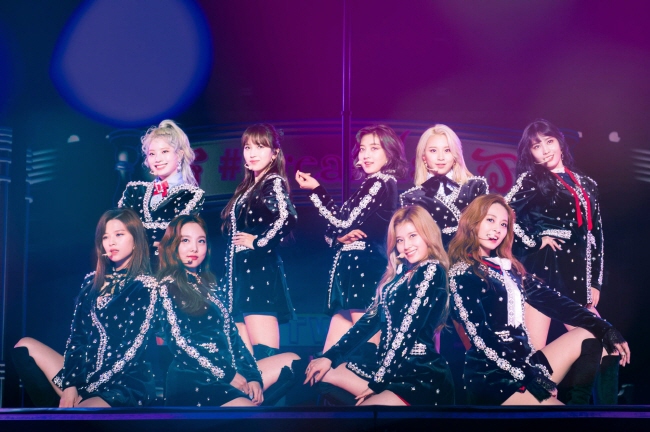 The two-day concert, titled “TWICE World Tour 2019 Twicelights,” will be held at the Olympic Gymnastics Arena in southeastern Seoul from March 7, according to JYP Entertainment.

That will put an end to the nine-member team’s world tour that kicked off in May at the same venue. By March next year, TWICE will have traveled to 16 cities, including Tokyo, Los Angeles and Bangkok.

Days before returning to Seoul, TWICE will hit the Tokyo Dome, one of Japan’s biggest concert venues.

Its new Japanese album, “&TWICE,” topped Japan’s leading music chart on the first week of its release on Nov. 20, the fifth time that the band made the top spot on the Oricon weekly album chart since its Japanese debut in 2017.