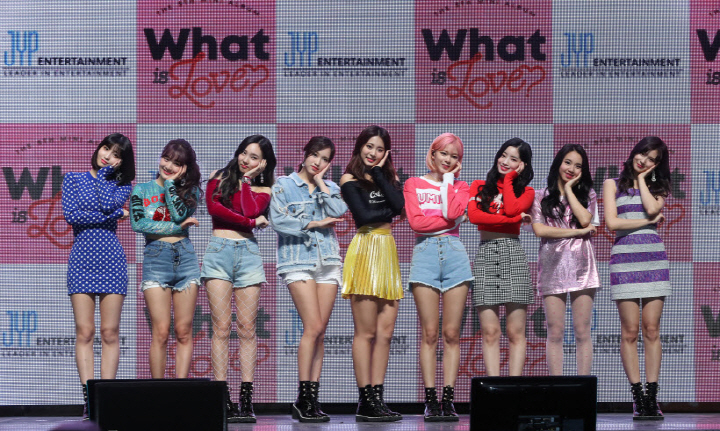 South Korean girl group Twice poses for a photo during a showcase for the group’s fifth EP, “What Is Love?” in Seoul on April 9, 2018. (image: JYP Entertainment)

The band plans to release its first full-length album in the country alongside the tour.

Its third Japanese single, “Wake Me Up,” released May 16, sold more than 500,000 copies, topping the Oricon and Billboard Japan weekly singles charts.

Three of the band’s releases — “#TWICE,” its debut album in Japan, “One More Time” and “Candy Pop” — all won platinum status from the Japanese record industry for selling more than 250,000 copies.