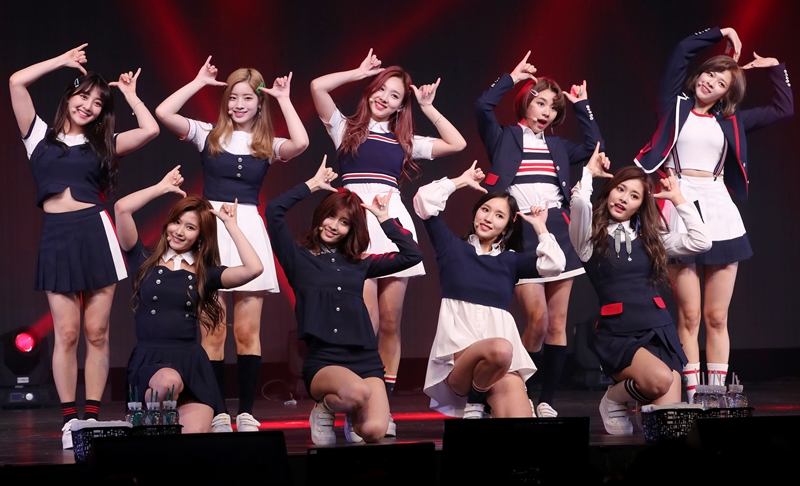 SEOUL, May 16 (Korea Bizwire) — TWICE, one of the hottest pop idol groups in South Korea today, said Monday it looks forward to presenting a fresh image through its latest EP album “Signal.”

“Having no pressure would be a lie. But we’re looking forward to presenting a fresh image since it’s our first time working together with producer Park Jin-young and our dance has become much more powerful,” member Nayeon told reporters at a media event for the team’s fourth EP album held at Blue Square Samsung Card Hall in Hannam-dong, Seoul.

The album’s title track, also named “Signal,” marks TWICE’s first collaboration with Park, the founder the group’s agency JYP Entertainment. A prolific songwriter, producer and an active artist, Park, commonly referred to as JYP, is currently the head producer of the company. 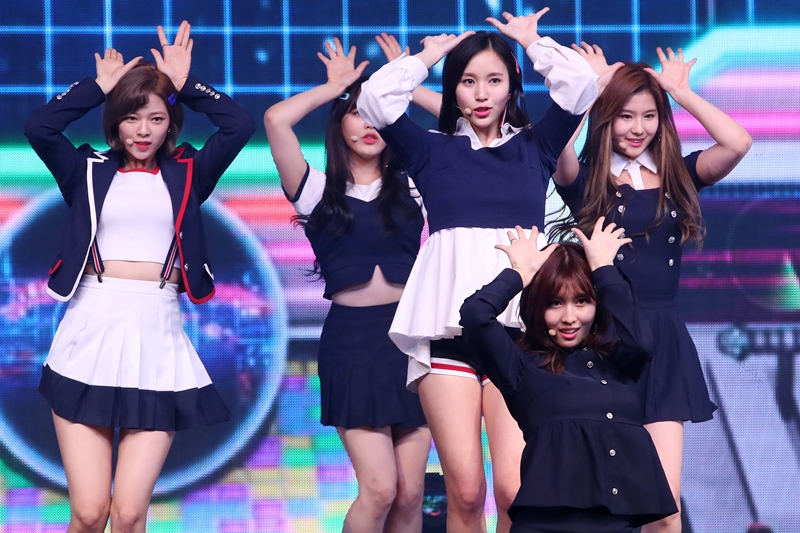 “We wanted to work with Park even before our debut,” told Nayeon. “He bought us meals and made us comfortable so we had a blast working with him.”

TWICE has stormed the K-pop scene since its debut about a year and a half ago. Starting with its debut track “OOH-AHH,” TWICE has had four-consecutive No. 1 songs — “Cheer Up,” “TT” and its most recent song “Knock Knock” in March.

“Signal” is a hip-hop rhythm electronic dance song, partnered with a music video in which the members are dressed in school uniforms. The group’s nine members meet an alien at school, attempting to send signs and signal to outer space.

When asked about the secret to their success, Chaeyoung answered: “I think fans of various age groups are copying our moves, remembering our cute and lovely choreography.”

Japanese member Sana said she likes the fact that the band became close with their fans and Tzuyu, the group’s Taiwanese singer, said she’d be thrilled to hear “Signal” on the streets, just like the group’s past four hit tracks.