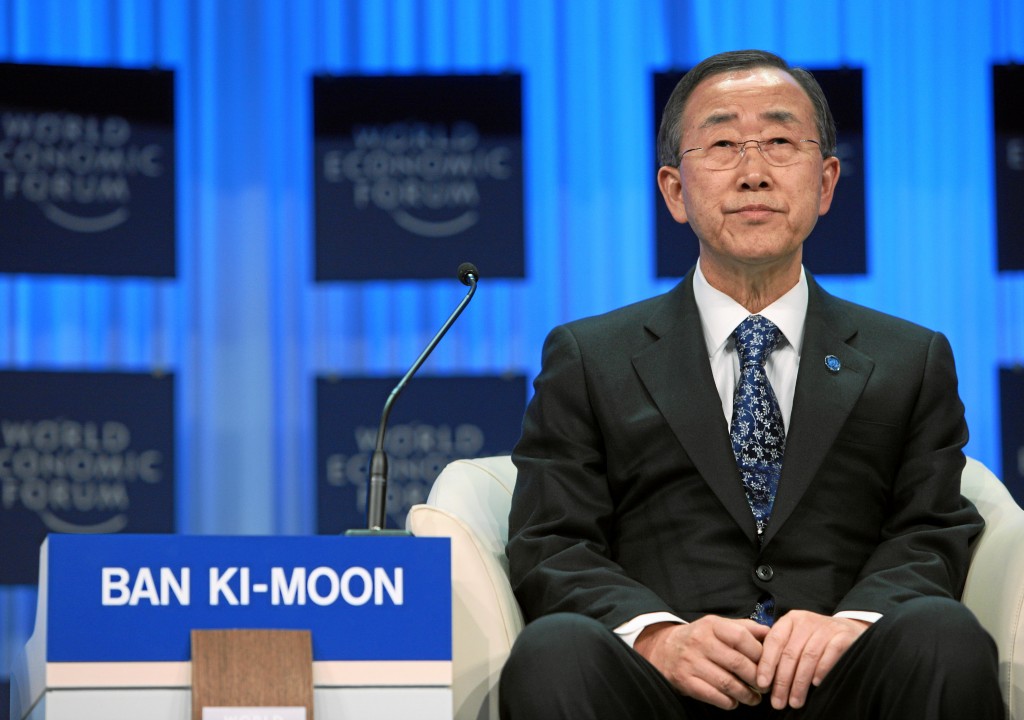 According to the survey conducted by local pollster Realmeter, Ban held an approval rating of 25 percent, up 0.9 percentage point from a week ago. (image: Wikimedia)

According to the survey conducted by local pollster Realmeter, Ban held an approval rating of 25 percent, up 0.9 percentage point from a week ago, trailed by Moon Jae-in, former leader of the main opposition Minjoo Party of Korea whose rating stood at 24.1 percent, which also gained 0.9 percent from a week earlier.

Ahn Cheol-soo, co-chair of the minor opposition People’s Party, ranked third with a rating of 12.4 percent, a gain of 0.5 percent. The uptick in Ahn’s rating came despite an illicit political fund scandal involving a young member of his party for which he apologized last week.

Park’s support rating slightly fell in the middle of last week as the government announced its plan to inject public funds for the restructuring of the shipbuilding industry. But reports of her fatigue from a 12-day trip to Africa and France pushed her rating up, the pollster noted.

The weekly survey was conducted between Tuesday and Friday on 2,035 potential voters across the nation. Its margin of error is plus or minus 2.2 percentage points.