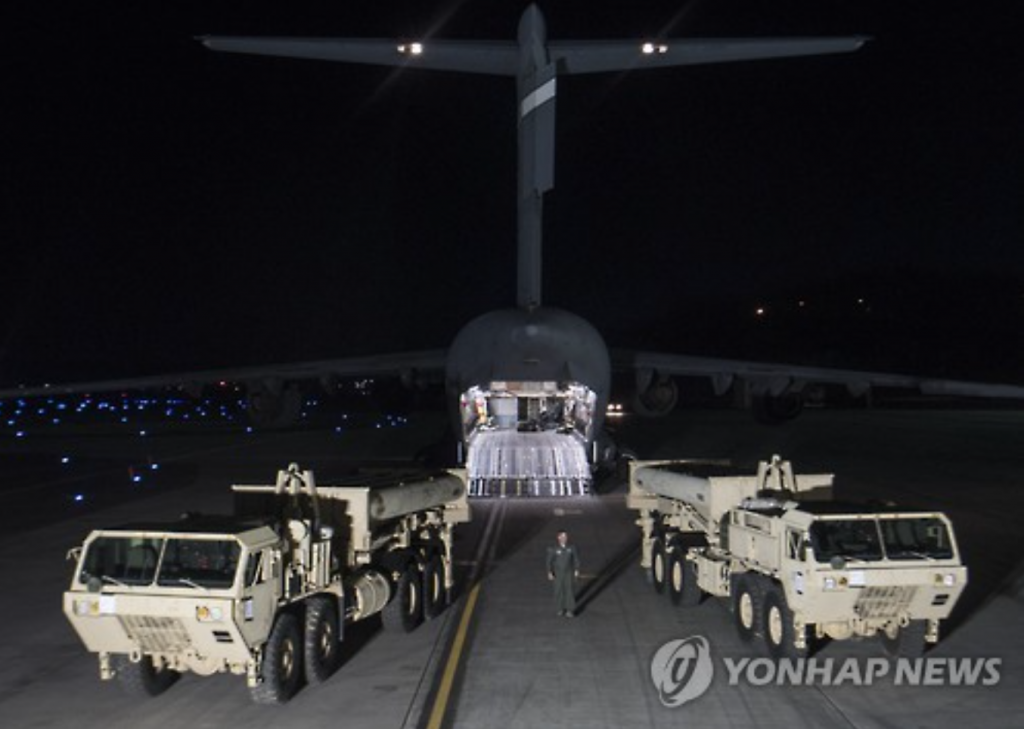 The first elements of the system, including two launchers, arrived at Osan Air Base in Pyeongtaek, 70 kilometers south of Seoul, Monday, the USFK said. (image: Yonhap)

South Korean military officials said the deployment could be completed within one or two months and that it can be operational as early as April.

Faced with escalating threats from North Korea, Seoul and Washington have stepped up their efforts to install the Terminal High Altitude Area Defense (THAAD) system “as quickly as possible” in South Korea, the U.S. Forces Korea (USFK) said in a statement.

“Continued provocative actions by North Korea, including Monday’s launch of multiple missiles, only confirm the prudence of our alliance decision last year to deploy THAAD to South Korea,” Adm. Harry Harris who heads the U.S. Pacific Command said in a statement.

“We will resolutely honor our alliance commitments to South Korea and stand ready to defend ourselves, the American homeland, and our allies,” he said.

The first elements of the system, including two launchers, arrived at Osan Air Base in Pyeongtaek, 70 kilometers south of Seoul, Monday, the USFK said.

“The timely deployment of the THAAD system by U.S. Pacific Command and the Secretary of Defense gives my command great confidence in the support we will receive when we ask for reinforcement or advanced capabilities,” said USFK Commander Gen. Vincent K. Brooks in another statement. 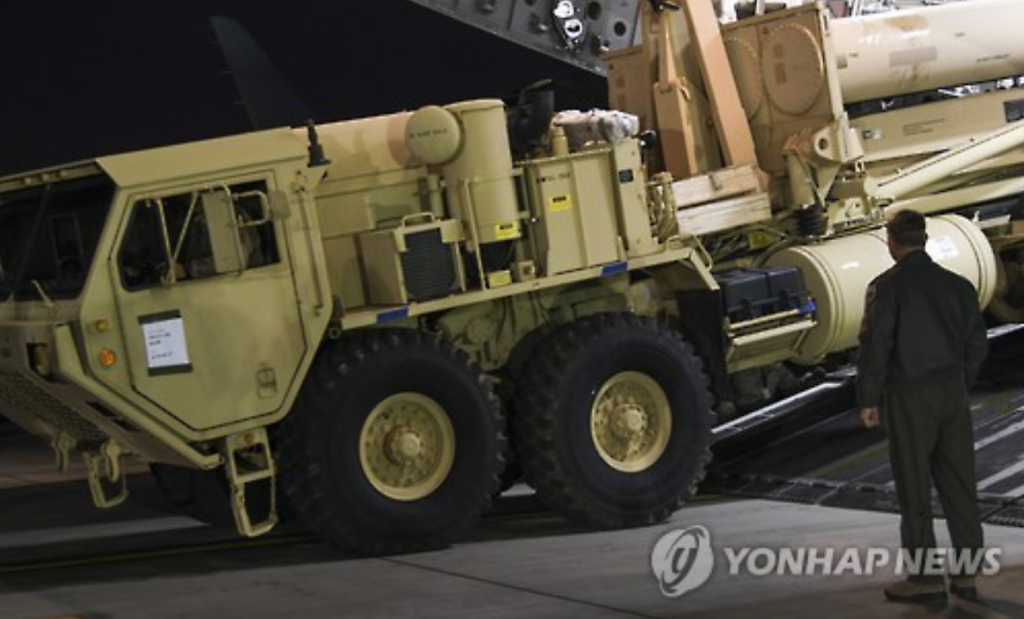 A C-17 Globemaster III transport aircraft has delivered the first elements of the THAAD system which will be transferred from the U.S. air base to the southeastern rural county of Seongju, 296 kilometers south of Seoul, the site for battery, ministry spokesman Moon Sang-gyun told reporters.

He didn’t provide a schedule for the transfer of the elements.

The spokesman added that the delivery of THAAD elements has “nothing to do with the drills,” referring to the ongoing joint military drills between Seoul and Washington.

The remaining parts are expected to be gradually delivered here, he said without elaborating.

A THAAD battery consists of six truck-mounted launchers, 48 interceptors (eight per launcher), a fire control and communications unit, and a AN/TPY-2 radar.

The initial move to install a THAAD battery began Monday, the same day North Korea fired off four ballistic missiles in protest against the ongoing Foal Eagle field training exercise between the allies.