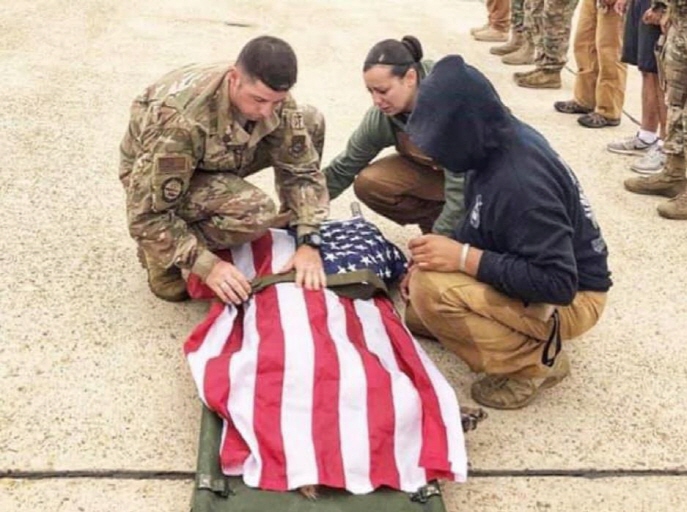 The Air Base posted on Facebook that Ooyvey, a military working dog, passed away on Tuesday.

All participants were asked to wear dress uniforms.

The memorial ceremony was held at the base theater on Wednesday where a number of servicemembers came to share their final moments with the military dog.

Ooyvey entered service at Lackland Airforce Base, Texas, and was deployed to Kunsan Airbase in 2011, where she looked for possible explosives and went on patrol duties. 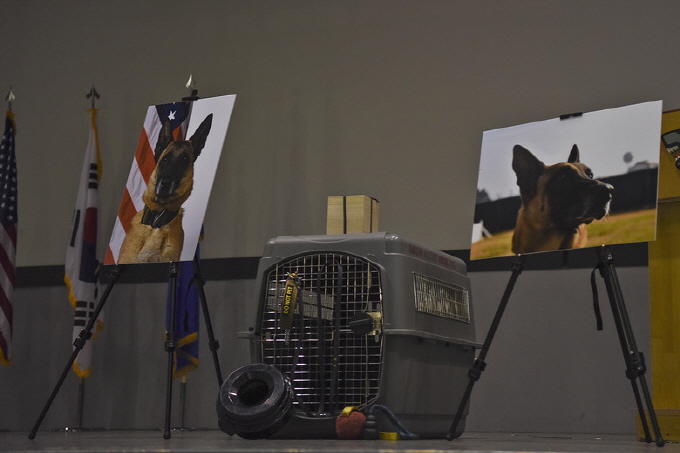