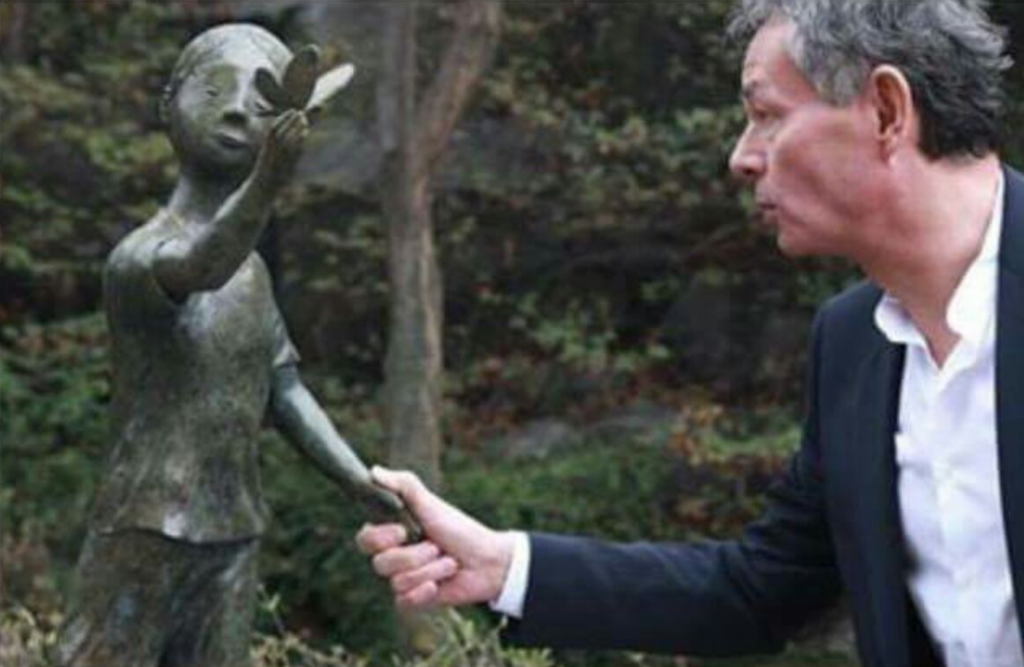 The statue depicting a boy holding a butterfly is a replica of the same sculpture installed in April this year at the Daniel School, a school and orphanage for children with disabilities, in southern Seoul. (image: Facebook/ Hyunsu Legacy of Hope)

NEW YORK, June 7 (Korea Bizwire) – A U.S. school for children with disabilities said Sunday it will dedicate a statue next week in memory of a South Korean boy murdered by his American adoptive father.

The Linwood Center, located in Howard County, the U.S. state of Maryland, said on its website that it will hold a ceremony marking the dedication of the sculpture called “Hyunsu’s Butterfly” on the school’s premises on June 12.

Hyunsu O’Callaghan, born in South Korea in 2010, was killed by his adoptive father Brian O’Callaghan, in 2014, just four months after he was adopted. 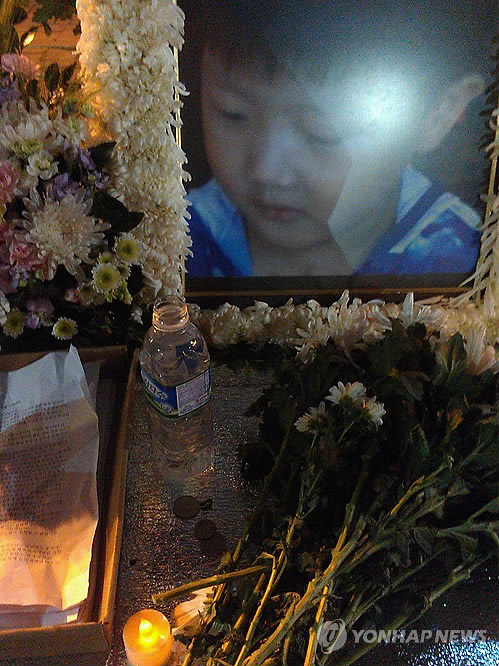 This provided photo, taken on Feb. 24, 2014, shows flowers placed in front of a photo of Hyunsoo O’Callaghan, a South Korean adoptee, in Seoul as people pay tribute to the boy who was killed by his American adoptive father. (image: Yonhap).

The statue depicting a boy holding a butterfly is a replica of the same sculpture installed in April this year at the Daniel School, a school and orphanage for children with disabilities, in southern Seoul. Thomas Park Clement, a sculptor and a Korean-American adoptee, and his wife Kim Won-sook made the matching sculptures.

On the website, the U.S. school said the two schools “share a meaningful connection through their work of providing special education programming for children with disabilities. To mark this new partnership, both schools received a donation of matching sculptures” from the couple.

As a result of plea-bargaining over a trial process that had stretched for more than two years, O’Callaghan pled guilty to first-degree murder and child abuse for the death of his own son in exchange for having his first-degree murder dismissed. He is now serving a jail term of 12 years.