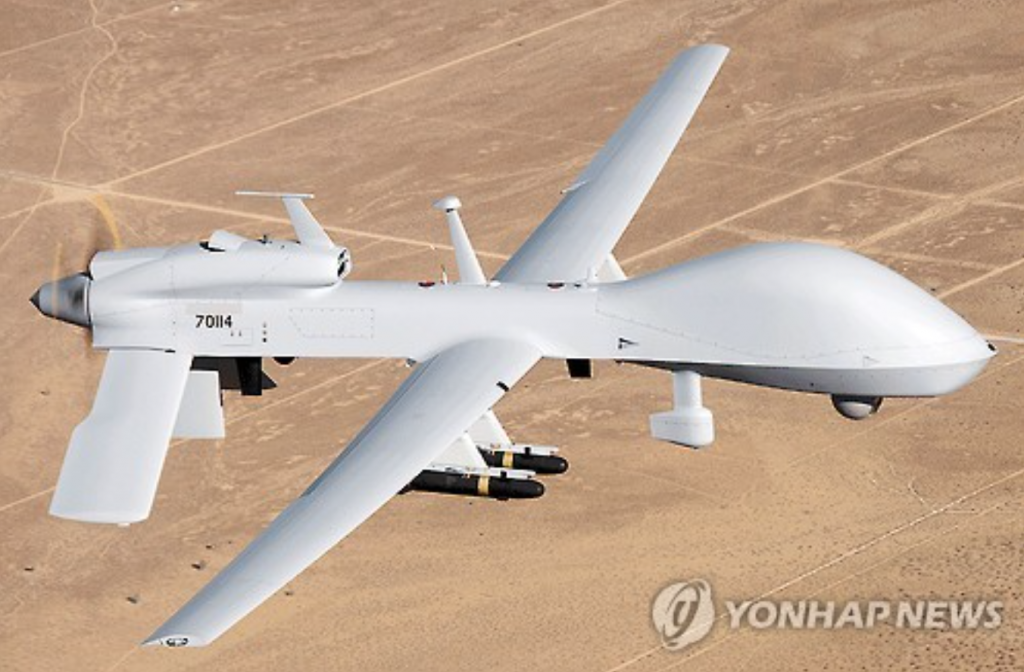 SEOUL, March 13 (Korea Bizwire) – The United States will deploy an unmanned attack aircraft to its military unit in South Korea to enhance its strike capabilities against ground targets in North Korea, a military official said Monday.

“The U.S. Army has begun the process to dispatch a squadron, which will operate the Grey Eagle unmanned aircraft, to a U.S. unit in Gunsan (274 kilometers south of Seoul),” the official told Yonhap News Agency asking not to be identified.

Escalating nuclear and missile threats from the North prompted the U.S. to deploy the Grey Eagle aircraft to South Korea. The U.S. was originally planning to send the aircraft in case of a conflict on the Korean Peninsula, the official said.

The Grey Eagle squadron, composed of 12 aircraft, is expected to belong to the 2nd aviation brigade in the 2nd Infantry Division, he said.

The official said consultations are underway between South Korea and the U.S. over the deployment. He didn’t give a specific timeframe.

“In case of a war on the Korean Peninsula, the unmanned aircraft could infiltrate into the skies of North Korea and make a precision strike on the war command and other major military facilities,” he said.

Gray Eagle features an automatic takeoff and landing system (ATLS) that allows the aircraft to be launched and recovered without any operator interaction. It could reach speeds of up to 280 kilometers per hour during its 30 hour operation time.