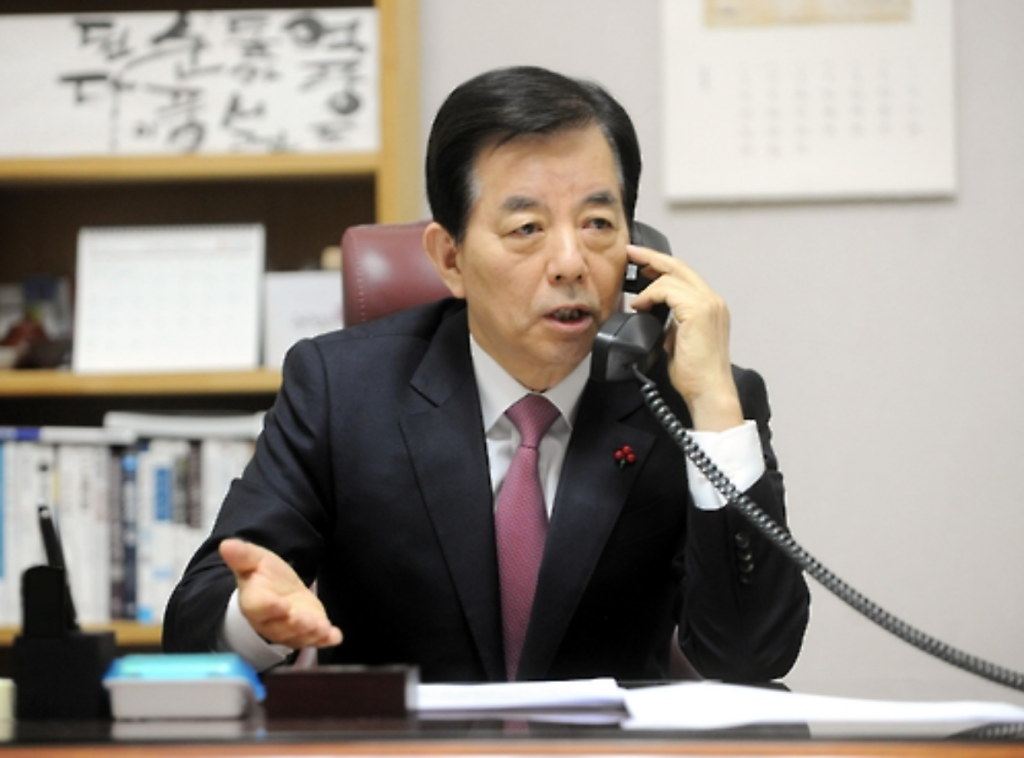 Defense Minister Han Min-koo and U.S. Defense Secretary James Mattis talked over the phone to confirm that the Terminal High Altitude Area Defense (THAAD) system will be placed in South Korea this year as scheduled and the allies will maintain full readiness to counter any aggression by the North, the Ministry of National Defense said in a statement.

The 30-minute phone conversation came amid heightened tensions on the Korean Peninsula after North Korean leader Kim Jong-un threatened in his New Year’s Day address to test-fire an intercontinental ballistic missile capable of striking parts of the U.S. mainland.

Mattis is scheduled to visit Seoul on Thursday and Friday before flying to Japan, the ministry said.

Mattis chose to visit South Korea as the U.S. takes the North’s evolving nuclear and missile programs as a serious threat to security on the Korean Peninsula and in the Asia-Pacific region, it said.

“Mattis’ decision to visit Seoul for his first overseas trip after being appointed as defense secretary will deliver a very timely and stern message to North Korea,” Han said in the statement.

But China has explicitly expressed opposition to the deployment, claiming the move will hurt their strategic security interests. Beijing has maintained the system’s powerful X-band radar can spy on its military activities.

The United States has repeatedly stressed that the system is purely defensive in nature and aimed only at deterring North Korean threats.

“The two affirmed that the U.S.-ROK alliance of more than 60 years remains even more relevant today and determined to take steps to strengthen the alliance further to defend against the evolving North Korean threat,” Davis said in a readout.

“Secretary Mattis recognized the significance of the U.S.-ROK alliance, noted that his visit to the ROK and Japan will be his first overseas trip during his tenure as secretary of defense, and conveyed that the U.S. will stand shoulder-to-shoulder with the ROK forces,” he said.