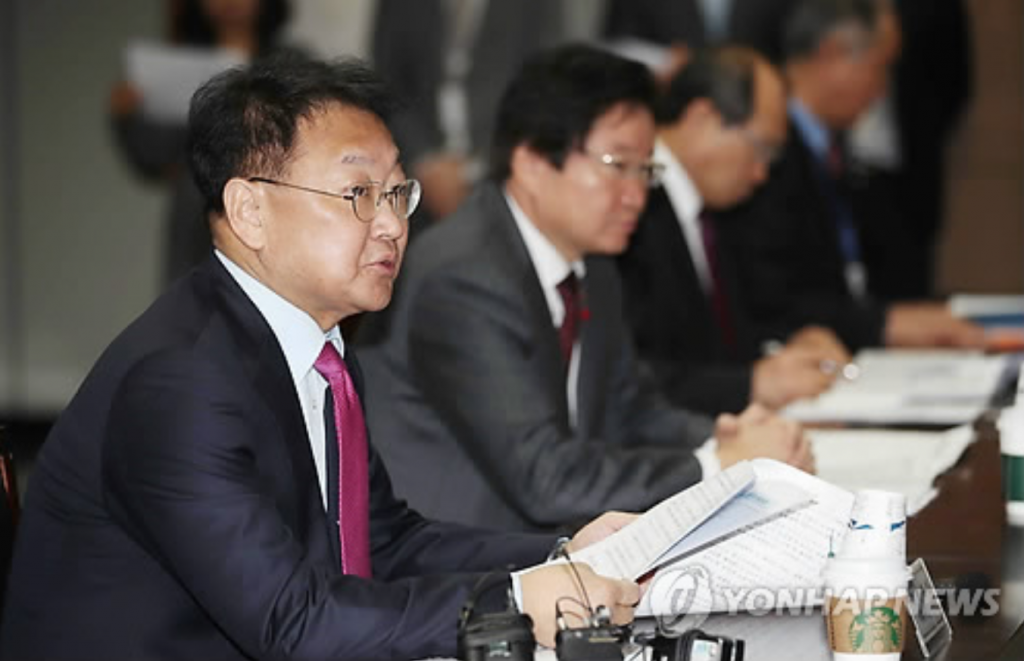 “We have to carry out sweeping reform in earnest based on the principle and framework that we set last year,” Finance Minister Yoo Il-ho said. “We will do our best to go through the restructuring process as planned in order to help the business earn competitiveness.”

SEJONG, Jan. 25 (Korea Bizwire) – South Korea will accelerate its corporate restructuring drive in shaky industries like shipbuilding and steelmaking in 2017 in a bid to gain a foothold for the future industrial revolution, the government said Wednesday.

At a ministerial-level meeting in Seoul chaired by Finance Minister Yoo Il-ho, the government reviewed action plans on revamping four key industrial sectors — shipbuilding, steelmaking, shipping and petroleum — and came up with detailed schemes for this year.

“We have to carry out sweeping reform in earnest based on the principle and framework that we set last year,” Yoo said. “We will do our best to go through the restructuring process as planned in order to help the business earn competitiveness.”

The South Korean government has been working on revamping such key industries that have been suffering from massive losses due to a global slowdown and contracting demand.

The country’s top three firms led by Hyundai Heavy Industries Co. and Daewoo Shipbuilding & Marine Engineering Co. have recently drawn up sweeping self-rescue programs worth 11 trillion won in desperate bids to overcome the protracted slump and mounting losses stemming from a delay in the construction of offshore facilities.

The sector’s restructuring plan is aimed at downsizing and promoting higher value-added technologies.

The shipyards will cut their workforces by 24 percent and reduce their combined docks by 43 percent by 2018, while they will invest a total of 180 billion won (US$154.3 million) into research and development on new ship-making technologies and services.

For the shipping industry, which was hit hard by the collapse of Hanjin Shipping Co., South Korea’s No. 1 shipper, the government will inject 6.5 trillion won in fresh financing to help boost shipping companies’ competitiveness.

The steelmaking and petrochemical industries are subject to the government’s plan to reduce the supply glut as part of its efforts to have the companies redesign and diversify their business portfolio.

Through the so-called “one-shot” act that came into effect in August, the government will encourage companies to make more aggressive business reorganizing efforts.

The law was designed to help businesses conduct intra-corporate mergers and spin-offs through simplified procedures including exemptions from strict antitrust laws and financial market regulations. They will also be given tax benefits and subsidies for research and development on corporate restructuring.

Under the new law, the companies that want to benefit from the fast-track corporate restructuring procedures are required to win government approval.

The government also came up with a separate plan to revamp the two state-run policy lenders — the Korea Development Bank (KDB) and the Export-Import Bank of Korea (Exim Bank) — which have been under fire for not supervising corporate restructuring well due to their loose loan screening system.

Under the plan, the KDB will intensify its risk-management efforts to look into every detail of the industry and balance sheets before giving out loans to a certain company.

Based on the comprehensive overhaul, the bank will set a credit ceiling on each company and industry starting from the second quarter of this year.

Exim Bank will also join the loan-tightening move to expand its credit assessment system to foreign debtors, while its risk management panel will accept an additional external director in a way to bolster the independent decision-making process at the institution.