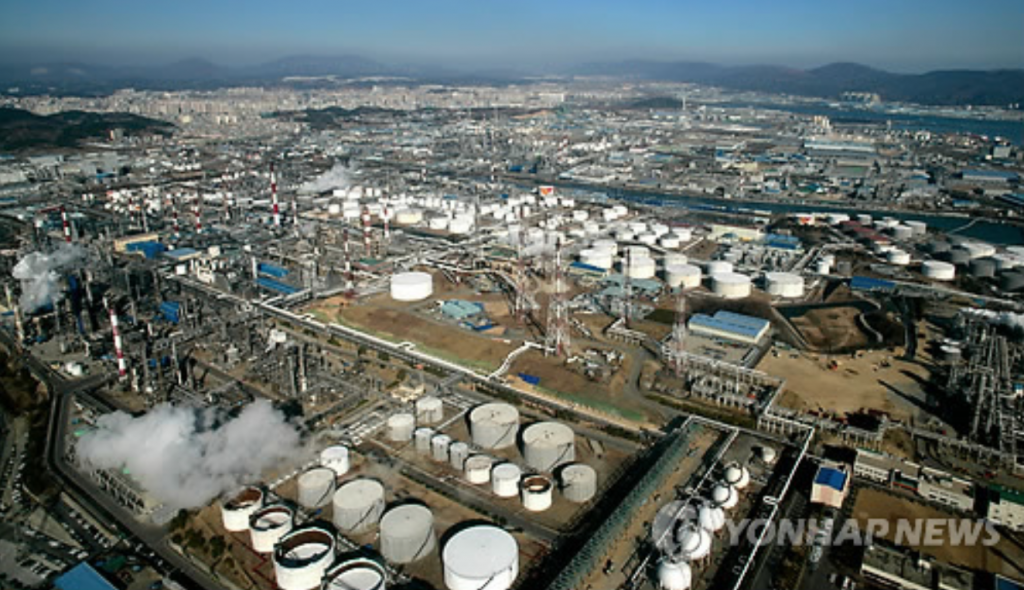 The industrial complex had a modest start in1974, with 56 companies moving in to occupy 6.3 million square meters of land. (image: Yonhap)

ULSAN, South Korea, Jan. 11 (Korea Bizwire) – The Onsan National Industrial Complex in Ulsan, a key city for shipbuilding and petrochemical industries, is suffering its worst financial crisis since its establishment in 1974.

According to local sources, some 30 factory sites have been put up for sale since last year, and it is the first time in history that more than ten sites have been up for grabs over such a short period. With the surge in the real estate supply, the value of the land has also fallen by some 25 percent compared to 2014, sources said.

At the moment, there are 301 companies operating in the 20-million-square-meter complex. As of November of last year, the factories were operating at 87.9 percent capacity, down from 90.5 percent at the end of 2015.

Around 90 percent of the companies in the complex are in either the shipbuilding, offshore plant or petrochemical industries, all of which have been struggling recently.

Although they have been surviving off orders from four or five years ago, new orders came to a near halt around two years ago, possibly making 2017 the final year for their operations. Several of the businesses have already closed down or are under court receivership.

“We’ve had no orders in the past year, and our factory is barely running,” said an official from a company whose identity was withheld. “We need to sell our factory site to somehow maintain our business but given its size, it’s hard to find a buyer, and the banks are refusing to give out loans citing financial risks.”

The industrial complex had a modest start, with 56 companies moving in to occupy 6.3 million square meters of land.

In the beginning, the complex was dominated by refineries and nonferrous metal companies, but in the 1980s, mid-sized sea structure manufacturers started moving in, including POSCO Plantec, urging some 37,000 residents nearby to move out of the area. More factories moved in after the mass emigration, and the site continued its expansion by even reclaiming land from the sea.

“Korean shipbuilding, marine, and petrochemical companies are continuing to struggle, and we expect them to recover next year at the earliest,” said an official from the Ulsan Chamber of Commerce & Industry. “We can only hope that the latest oil price hike will lead to more orders, and help improve the financial performance of companies in the industrial complex.”