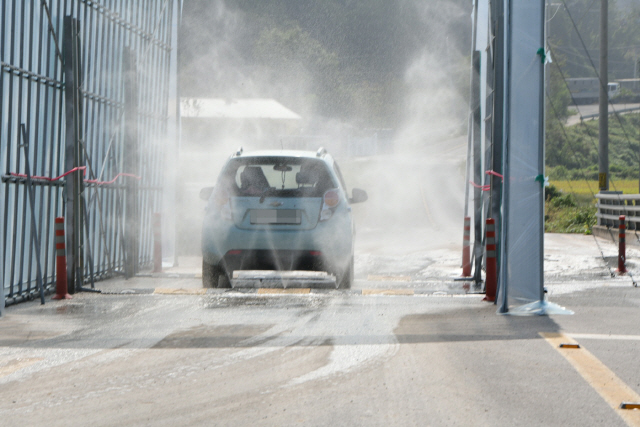 A car passes through a quarantine checkpoint in Hongseong, about 150 kilometers south of Seoul, on Oct. 4, 2019, which has been set up to stem the spread of African swine fever (ASF). (Yonhap)

SEOUL, Feb. 12 (Korea Bizwire) — The United Nations Command (UNC) said it has approved a request from the South Korean government for entry into the Demilitarized Zone (DMZ) for a survey on the situation regarding African swine fever (ASF).

In a Facebook post Tuesday, the U.S.-led command said it approved “a short notice request” for the South Korean environment ministry the previous day to conduct a follow-up survey on the ASF inside the zone.

The survey came after the ministry conducted assessments inside the DMZ last week regarding the deadly virus. So far, a total of 183 cases have been confirmed in South Korea, most of which occurred in border areas with North Korea.

Listing the details of its support for Seoul’s containment efforts so far, including its notification to North Korea of Seoul’s aerial decontamination plan, the UNC said it will “continue to remain responsive to the requirements that the ROK government presents to mitigate the further spread of the African Swine Fever on the Korean Peninsula.”

The UNC, which is an enforcer of the Armistice Agreement that halted the 1950-53 Korean War, has jurisdiction over the area that separates the two Koreas.

Regarding its entry permit, the command has recently been highlighting its swift approval of Seoul’s “short-notice” requests amid calls for an improvement in its handling of the issue.

Since last year, calls have grown for the amendment of UNC regulations on the passage through the DMZ to spur inter-Korean exchanges, among others, after the command reportedly rejected several South Korean requests to access the area for nonmilitary purposes. 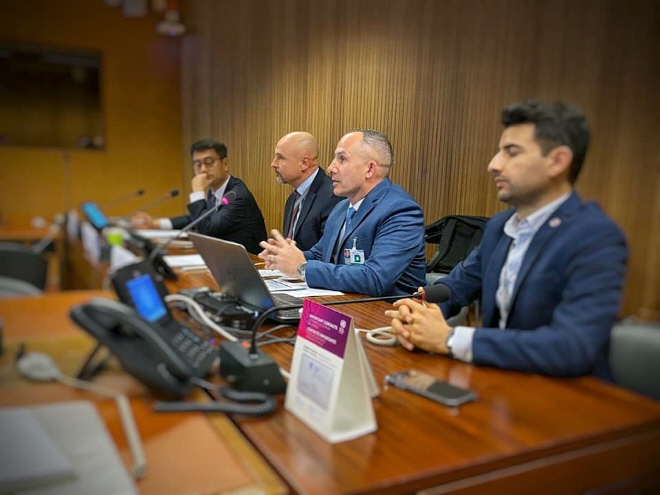 This image updated on the United Nations Command’s Facebook page on Feb. 12, 2020, shows an official offering a special representation on demining and war remains excavation efforts in Korea.

Meanwhile, the UNC said in a separate post on Wednesday that one of its officials will attend a meeting on the U.N. Mine Action Service to be held in Geneva this week.

“In addition to attending as the UNC representative, he offered a special presentation on demining & remains recovery efforts in Korea,” the command said in the Facebook post.