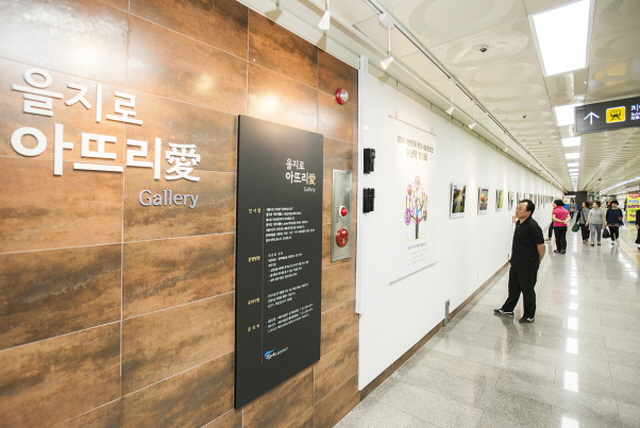 SEOUL, Jul. 5 (Korea Bizwire) — The underground sidewalk from Seoul City Hall to Euljiro will be reborn as a cultural and artistic street by the end of this year.

According to the Seoul Facilities Corporation, the main purpose of the project is to decorate the walls, ceilings and floors of the underground sidewalk, excluding the shops and subway stations, with cultural content from the visual arts.

The target section will be decided after consultation with the contractor.

The project will be chosen from a 2.8-kilometer-long underground sidewalk from City Hall Station to Dongdaemun History & Culture Park Station on Subway Line 2.

As part of the project, which has been allocated a budget of 100 million won, the corporation will actively utilize the ideas and works of young artists and budding artists.

Euljiro’s underground sidewalk is located in downtown Seoul, which has a large floating population, but the passage has been criticized as being nothing more than a barren walkway that links the subway stations.