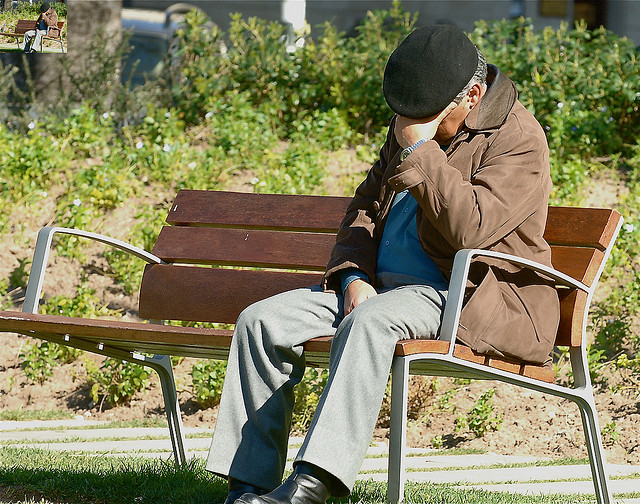 The anxiety disorder which includes other phobias and panic disorders triggers chronic uneasiness and fear as many symptoms. (image: pedrosimoes7/flickr)

SEOUL, July 23 (Korea Bizwire) – Among elderly people in Korea, lots of them are developing anxiety disorder making their lives harder due to severe uneasiness and fear for the future. Also, seven out of ten aged people are not doing any special leisure activities, a survey said.

According to medical statistics from the National Health Insurance Service, the anxiety disorder patients increased to 522,000 last year from 398,000 in 2008, a 30 percent rise. As of last year, the number of the patients among 100,000 populations in the age group of 70s outnumbered other age groups with 3,051, more than three times higher over the total number of patient among 100,000 populations (1,101). The corresponding number of those in their 60s also showed a higher rate with 2,147.

The anxiety disorder which includes other phobias and panic disorders triggers chronic uneasiness and fear as many symptoms. Beside the psychological symptoms, it accompanies other physical symptoms like flutter, hypertension, hyperventilation, dizziness, headache, frequent urination, and so on.

A psychiatrist at Ilsan Hospital said, “The disorder is well developed among the elderly people who have no place to lean on after sacrificing themselves for their children while neglecting to prepare for their future. It is natural that they have more anxiety for their future to support by themselves.”

Meanwhile, another survey showed that a considerable number of senior citizens in Korea is spending their aged lives doing nothing. The Korea Institute for Health and Social Affairs which conducted the survey on the status of leisure activities by interviewing 8,600 elderly people aged over 65.

According to the report, 72 percent of the elderly people did nothing special as their leisure activities, meaning that seven out of ten aged over 65 are having their life’s twilight frittered away.

One thought on “Unhappy Korean Elderly: Most Seniors Worry about Their Future”