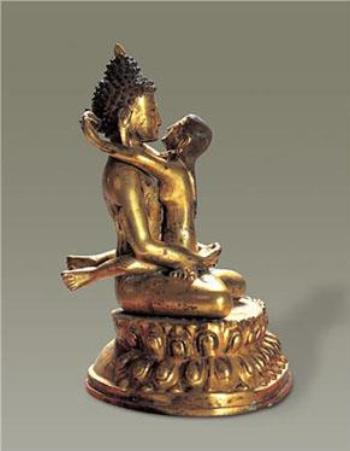 One of them is a brass statue of Buddha made in 18th century Tibet, currently preserved at the Tibet Museum in Boseong County. (image: Yonhap)

SEOUL, Oct. 25 (Korea Bizwire) – Hanyang University announced Monday that it had completed the first year of a project to create a database for overseas cultural heritage in Korea.

Led by anthropology professor Bae Ki-dong, the team’s endeavor took off in September 2015 for a three-year investigation under the support of the National Research Foundation of Korea. Roughly 20,000 artifacts from 100 museums across the country will be subject to the study, he said, 11,099 (from 40 museums) of which are now part of the database.

According to Bae, several of the relics were found to be extremely rare even in their home countries.

One of them is a brass statue of Buddha made in 18th century Tibet, currently preserved at the Tibet Museum in Boseong County. What is unique about the statue, however, is that Buddha is hugging a female figure, with both facing each other as if engaging in sexual intercourse.

“This would have been extremely controversial in Korean Buddhist culture, where secular aspects are all but eliminated,” the team said. “But in Tibetan Buddhism, the union of the father and the mother is considered the fundamental aspect of the universe.” 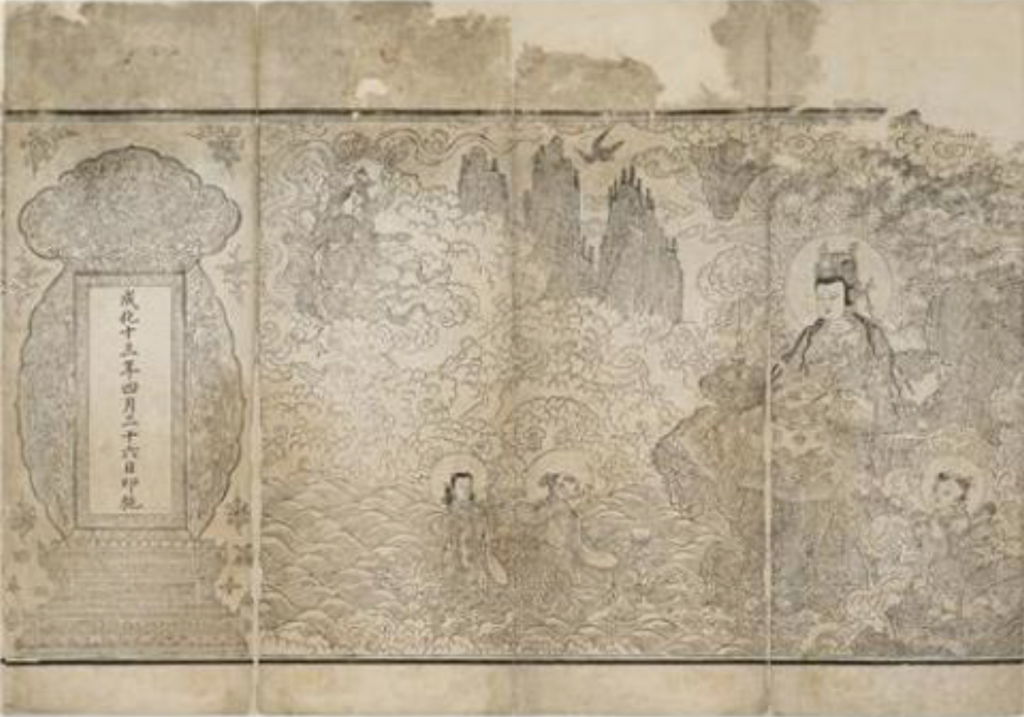 Another artifact located at Wonju’s Museum of Asian Woodblock Prints is the BulJeongSimDaRaNiGyeong (The Great Compassion Mantra). (image: Yonhap)

Another artifact located at Wonju’s Museum of Asian Woodblock Prints is the BulJeongSimDaRaNiGyeong (The Great Compassion Mantra). This Buddhist scripture is from 15th century China (Ming Dynasty), and is the only surviving collection of the mantra engraved by the imperial family itself.

Among the Western artifacts is the first edition of Dell’Arcano del Mare, a 17th century maritime encyclopedia by British explorer Sir Robert Dudley. It is the first maritime atlas that used the Mercator projection, with less than a dozen of its first prints remaining.

The team also noted that it’s an important relic as it marks Korea’s East Sea as Mare Di Corai (Sea of Korea), a body of water that is subject to an ongoing dispute with Japan over its title.

The first year of the team’s research focused mainly on museums in the Seoul metropolitan area, and discovered various overseas artifacts with origins spanning from Asia to the Americas and even Africa.

The second year of investigation will expand to museums in the rest of the country. By the end of the project, the team will establish a ‘virtual museum’ for select artifacts, allowing easier visual access to the public.