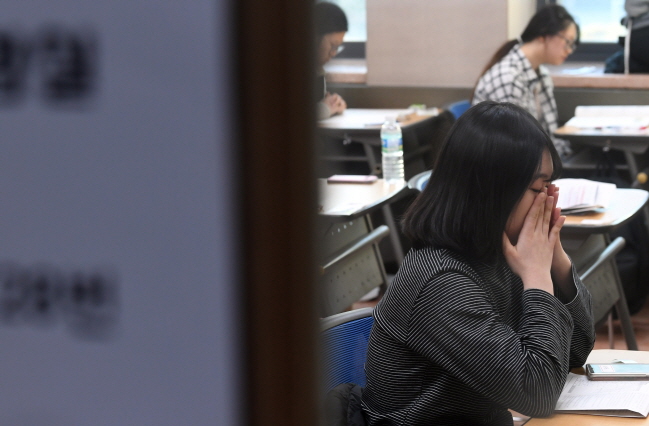 SEOUL, Jan. 22 (Korea Bizwire) — The nation’s falling birth rate is expected to begin to take a toll on domestic universities and colleges from next year, a private institution in Seoul warned Wednesday.

According to Jongno Haneul Education, the number of applicants for university entrance exams is expected to fall short of the combined entrance quota of all universities and junior colleges for the first time in the 2021 academic year.

The institution estimated that four-year universities and junior colleges will have admissions quotas of 550,659 students next year, but only 533,941 high school seniors and graduates will be candidates for university entrance exams.

There will likely be a shortfall of 16,718 students, it forecast.

High school seniors will account for 403,000 of next year’s university entrance applicants, with repeat examinees totaling 130,000, it said.

New admissions quotas for four-year universities will reach 347,500, compared with 203,159 for junior colleges.

“About half, 48 percent, of the nation’s high school students reside in the capital area, and major universities favored by students are concentrated in Seoul, Gyeonggi Province and Incheon. Considering such circumstances, many universities and colleges in non-capital areas may fail to fill their admissions quotas from next year,” said an official at Jongno Haneul Education.

Indeed, the number of applicants for last November’s College Scholastic Aptitude Test (CSAT) fell to 548,734, the lowest figure in the 27-year history of CSAT.

The 2018 figure is far below the replacement level of 2.1 that would keep South Korea’s population stable at 51 million.