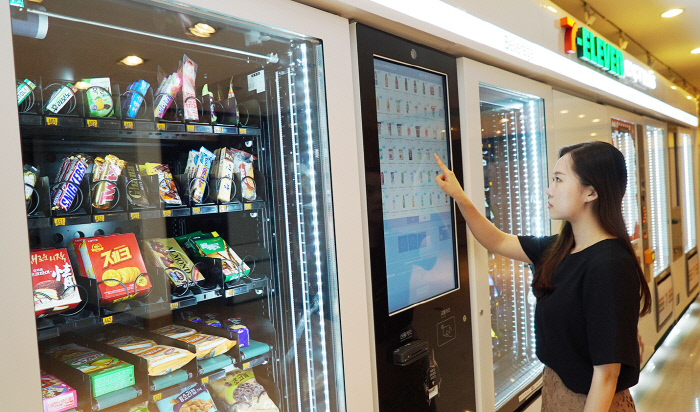 SEOUL, Jul. 4 (Korea Bizwire) — A recent survey has found that “Untact” service, which helps users minimize contact with people and provides services with limited human interaction, increased sharply for customers in their 40s.

Hyundai Card, a credit card service provider, unveiled Wednesday the results of its analysis of data on the use of Untact-related services and 15 franchises that provide Untact services.

It refers to delivery applications and ways to receive services in the form of minimal contact with people, such as unmanned convenience stores.

According to Hyundai Card’s analysis of payment data, the value of payments made by consumers in their 40s at Untact-related franchises has increased by 500 percent over the past two years.

The figure far surpasses those of consumers in their 20s and 30s, which came in at 235 percent and 304 percent, respectively.

Meanwhile, sales at Untact-related franchises jumped fivefold from 6.7 billion won (US$5.72 million) in January 2017 to 35.9 billion won in June this year.

If the 2030 generation has created and nurtured the Untact market, those in their 40s are rapidly joining the market, expanding their Untact consumption to the entire age group, Hyundai Card explained.

“Untact, which was known only as the consumption pattern of the millennial generation, is rapidly expanding to all ages,” Hyundai Card added.