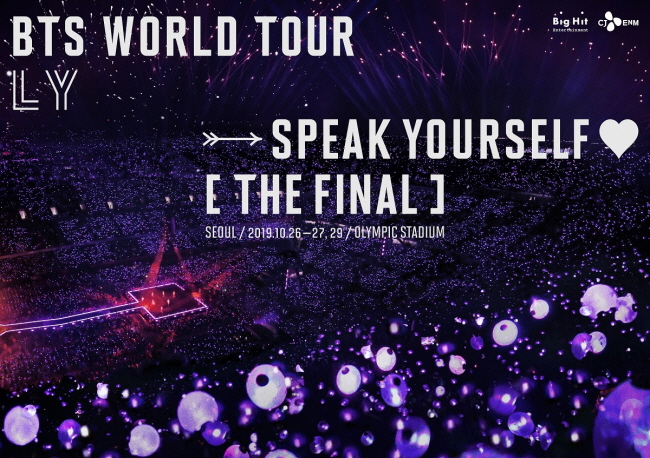 With three days of concerts in the band’s home country, set for Saturday, Sunday and Tuesday, BTS will wrap up its latest globe-trotting concert tour, “Love Yourself: Speak Yourself.”

The Saturday concert will be broadcast on V Live, the live broadcasting service of the biggest South Korean internet portal, Naver, according to Big Hit Entertainment.

The Sunday concert will be broadcast live at designated movie theaters in seven Asian nations, including South Korea, Japan, Taiwan, Singapore and Thailand.

The world tour kicked off in August last year and brought the band to major cities in America, Europe, Asia and even to the capital of Saudi Arabia earlier this month for historic music performances.