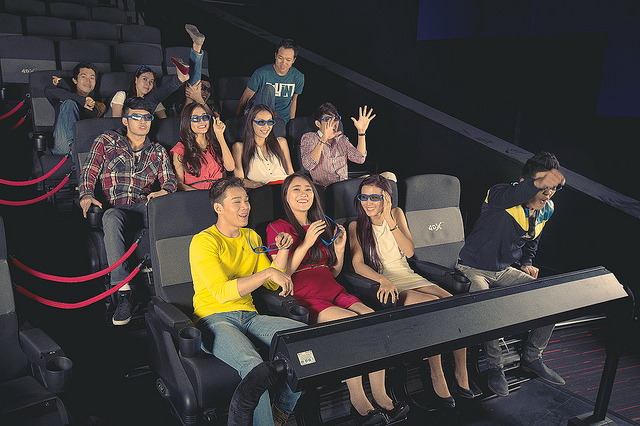 SEOUL, Jan. 21 (Korea Bizwire) – In order to boost the number of foreign visitors to Korea and to expand awareness of the 4DX movie experience, the Korea Tourism Organization (KTO) and CJ 4DPLEX will air a new video advertisement on Korea in 4DX theaters around the world.

KTO and CJ signed an MoU on January 20 to convert the recently produced video advertisement into 4DX format, and to screen it at 4DX theaters within the month. KTO produced the advertisement based on its new Korea tourism brand “Imagine Your Korea” featuring famous British Youtube user Joshua Carrott (Josh).

In the video, Josh experiences various tourist attractions, including Hwaseong Fortress in Suwon, Dongdaemun Design Plaza, Garosugil street in Seoul, Taekwondowon in Muju and Jeju island. The video was already considered the factors for 4DX projection in the planning stage, and will offer a dynamic introduction to traveling in Korea.

The 4DX effects allow theatergoers to experience all five human senses with rain, wind, fog, strobe lights, smells and vibrations added to the cinema experience. The 4DX video on Korea will be screened first at Cineworld in London, which is set to open on January 30. KTO and CJ will expand the number of 4DX theaters across the world including the U.S., China and Vietnam. Korean filmgoers will be able to enjoy the 4DX video from January 21.

An official at KTO said, “Keeping pace with the an ever-changing media environment, we are trying to offer our content in various contact points based on the one-source-multi-use strategy. Through the cooperation with CJ 4DPLEX, we expect that we can raise the image of Korea in a new way.”