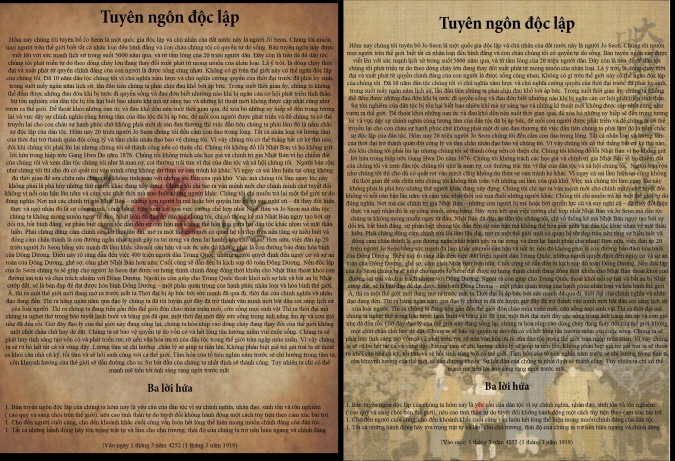 SEOUL, Sept. 2 (Korea Bizwire) — Vietnam, with the Korean Wave sweeping a population of 100 million, will also be able to read Korea’s March 1 Declaration of Independence.

“Vietnam also has a Declaration of Independence, just like Korea, and Ho Chi Minh, a young man in his late 20s when France colonized Vietnam in the 1920s, interacted with Korean independence fighters such as Kim Gyu-sik in Paris. Thus, the translation of the declaration will be meaningful,” said Park Gi-tae, head of VANK.

The translation was completed by Gong Il-young, a teacher at Korean International School, HCMC, and school students. Lee Yoon-hee, a professor at Ho Chi Minh City Pedagogical University, was in charge of the supervision.

VANK is also making and distributing card news which introduces the history of friendship between the two countries in Vietnamese.

VANK has so far translated the Declaration of Independence into nine foreign languages, including English, Chinese, Spanish, French, Russian, Arabic, Japanese and Mongolian, including Vietnamese.