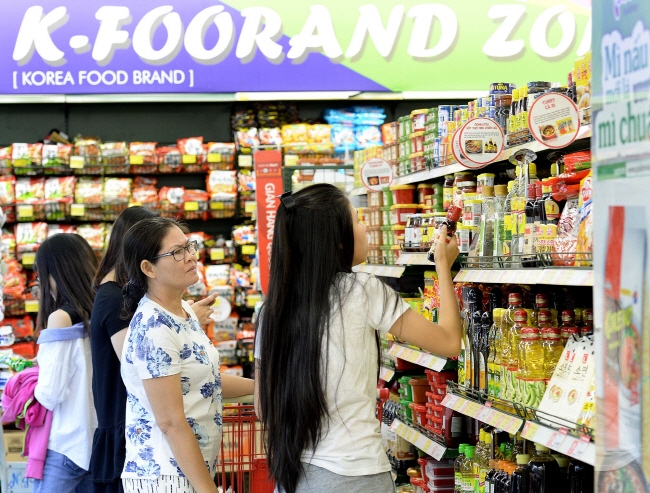 SEOUL, Nov. 20 (Korea Bizwire) — The bulk of Vietnamese consumers are positive about the design and image of South Korean goods, but many feel burdened by their high prices, a poll showed Tuesday.

An additional 16 percent consider their designs ordinary, with no negative responses.

Concerning the image of South Korean goods, 89 percent expressed approval, with the remainder considering it common.

Positive responders came to 70.7 percent for their durability, and 76 percent for convenience, functionality and quality.

But slightly over 54 percent responded that they dislike the price level of South Korean goods, with 75.4 percent having a positive view of their brand recognition.

The largest percentage of the pollees at 39.4 said South Korean goods remind them of electronic products, followed by cosmetics with 38 percent, health food with 6.6 percent, fashion and clothing with 4.8 percent, and cars with 4.6 percent.

Nearly 62 percent cited China as South Korea’s biggest rival in Vietnam, trailed by Japan with 22.8 percent and Taiwan with 14.8 percent.

According to the findings, Vietnamese consumers think South Korean goods have better design and quality than those from rival countries but lag behind them in terms of brand recognition and price competitiveness.