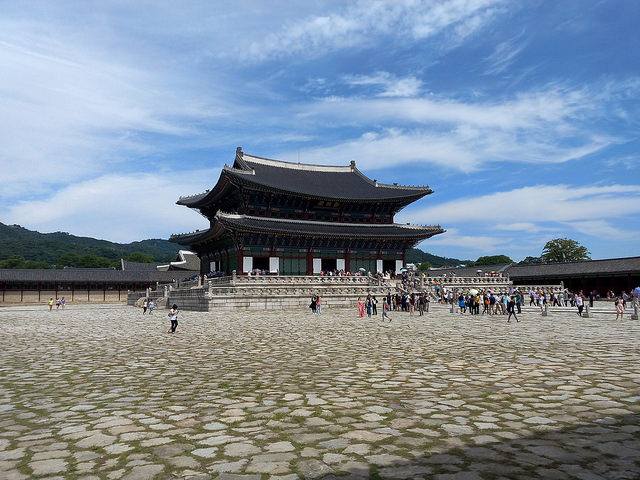 Of the four palaces, Gyeongbok attracted the most visitors, with 2.97 million. (image: Flickr/ Florian Bausch)

SEOUL, July 28 (Korea Bizwire) – The number of visitors to royal palaces in Seoul increased sharply in the first half of the year, due mainly to various cultural festivals and a rising influx of foreign travelers, the government said Thursday.

According to the Culture Heritage Administration, more than 5.24 million Koreans and foreign tourists visited the capital’s four most prominent palaces from the Joseon Dynasty (1392-1910) in the January-June period.

The total represents a 21.5 percent increase from the same period last year and is the first time that the numbers surpassed the 5 million mark in the first half.

The palaces are Gyeongbok, Changdeok, Changgyeong and Deoksu palaces, as well as Jongmyo, which is a shrine to worship kings of the past.

Specifically, the number of foreign travelers touring the palaces and shrine increased 73 percent to 1.94 million, according to the administration.

Administration officials said the total number of visitors for this year will likely surpass 10 million for the first time ever, given that more visitors usually come to the palaces in the second half.

An official said the royal cultural festivals and special night openings for palaces contributed to the rise in visitor numbers.

In a related story, more than 1.02 million people visited royal tombs of the Joseon Dynasty scattered around Seoul and the nearby Gyeonggi Province during the same period. The royal tombs are designated by the UNESCO’s world heritage sites.

The overall number of visitors is almost similar to last year’s level, although foreign visitors declined 26.1 percent from a year ago.