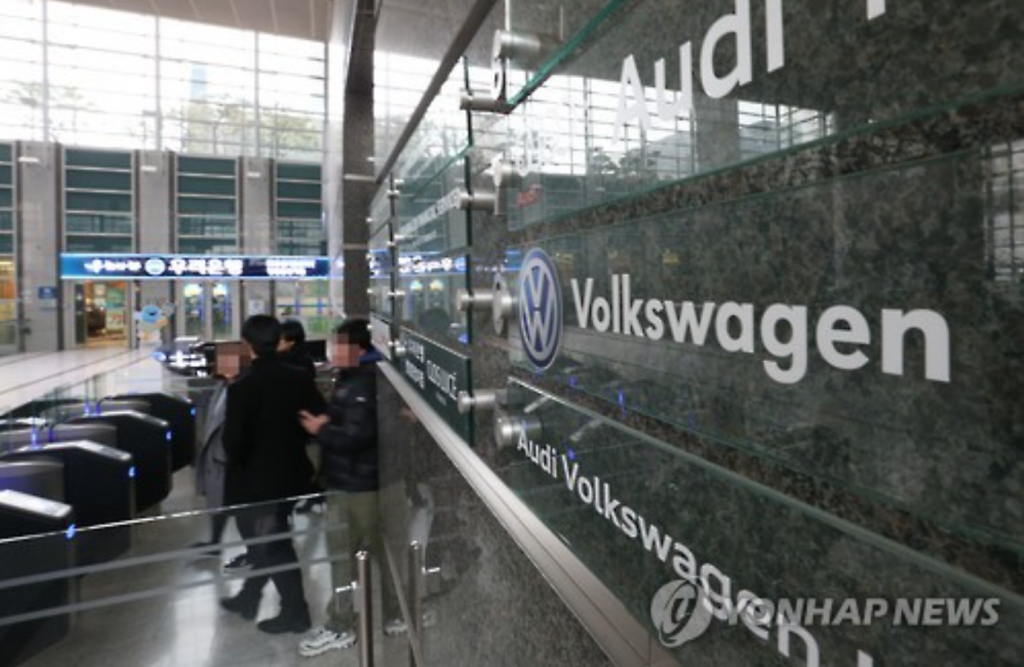 “This crime has destroyed the trust in the global brand,” the court said, pointing out the social and economic damage incurred by his crime. (image: Yonhap)

SEOUL, Jan. 6 (Korea Bizwire) – An executive at the local unit of Volkswagen was sentenced to a year and a half in prison Friday on charges of fabricating reports that came to light following the German carmaker’s emissions scandal.

The Seoul Central District Court found the executive, identified only by his surname Yoon, guilty of a string of charges, including forging documents and breaking the country’s Clean Air Conservation Act. Yoon is the local unit’s executive in charge of the vehicle certification process.

Prosecutors indicted him in July over suspicions he played a major role in doctoring reports on the vehicles’ emissions results, noise level and fuel efficiency to get approval from the local authorities.

The court, however, acquitted Yoon of fabricating reports on fuel efficiency, citing a lack of evidence.

Under local law, all imported cars should first receive approval of their emissions results and noise levels from the National Institute of Environmental Research (NIER).

“This crime has destroyed the trust in the global brand,” the court said, pointing out the social and economic damage incurred by his crime.