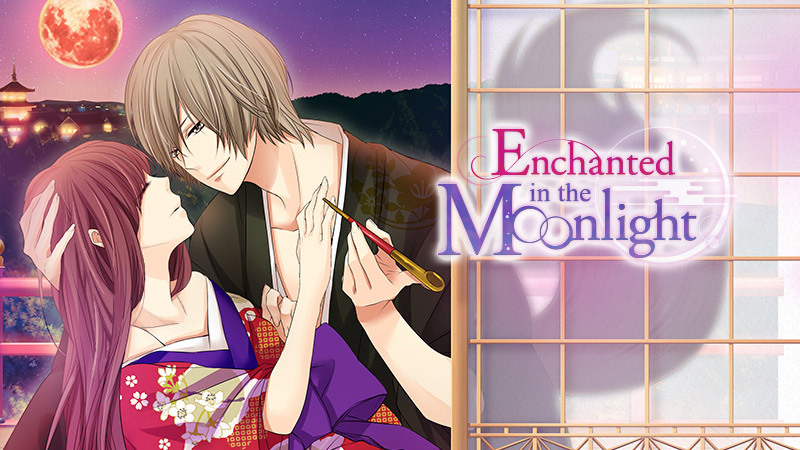 Voltage’s Romance Sims series is ranked #1 in 48 countries, and its newest addition has arrived! Available on iPhone and Android. (image: BusinessWire)

TOKYO, June 25, 2014 (Korea Bizwire)–This smart phone app is the English-language version of Koyoi, Ayashii  Kuchiduke wo, a game depicting a decadent, forbidden romance with a  supernatural ayakashi. The English release comes fast on the heels of  the original Japanese-language version of the app, which has topped  charts and enjoyed enormous success since its release in February of  this year. The story and illustrations are presented unchanged from the  Japanese version.

The story begins when you’re suddenly approached by five very handsome  ayakashi. They say that you’re in danger and promise to protect you in  exchange for your power. You didn’t know what to think at first, but as  you spend more time with your bewitching protector, you find yourself  falling in love. Love between humans and ayakashi is forbidden. Can you  overcome the challenges you’re faced with and find happiness? Play the  app to find out!

Since their 2011 launch, Voltage’s English-language Romance Sims has  been taking the entertainment world by storm. One release, “My Forged  Wedding” captured the entertainment category’s spot (for top sales) in  the App Stores of 48 countries worldwide (as of June 23rd, 2014).

Voltage Inc., will continue to evolve in order to bring its Romance  Sims, Japan-made entertainment, to female audiences all over the world.

If you have any questions or comments, please contact Yuta Ogi at press@voltage.co.jp.

* Voltage releases Romance apps for smart phones. The apps allow users  to choose the guy they like best and play through a love story with him.  Over 60 titles are currently available for download through the App  Store and Google Play.

* Voltage’s Romance Apps have been played by more than 22 million  worldwide(As of 2/1/2014). This number reflects the total number of  people who enjoy Voltage games downloaded from the App Store or Google  Play, on Japanese cell phone carrier plans, and on a variety of social  gaming platforms.

*Voltage Inc. debuted their English language romance apps to an  international audience in 2011, and set up an overseas subsidiary in the  U.S.

*Voltage Inc. became one of the top three monthly revenue earning  publishers on Google Play (excluding games) in May of 2014.