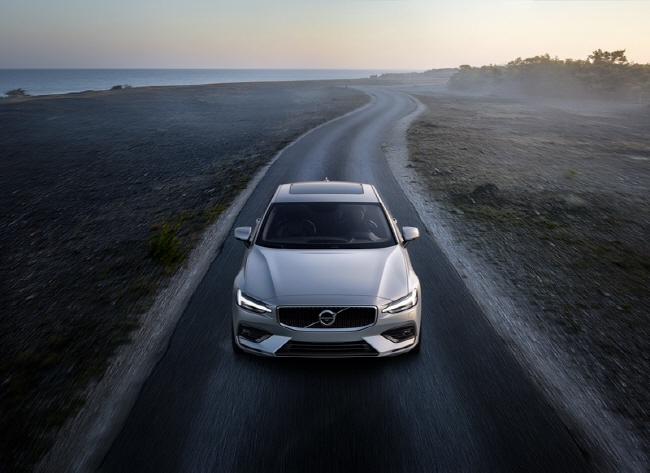 This photo provided by Volvo Cars shows its S60 sedan.

Volvo Car Korea plans to nearly double the number of service centers to 52 and that of repair centers to 312, by 2023, the company said in a statement.

Volvo has reported robust sales in Korea so far this year, helped by new models, such as the new S60 sedan.

Its sales in the January-April period jumped 26 percent to 4,318 vehicles from 3,426 units a year earlier, according to the Korea Automobile Importers and Distributors Association.