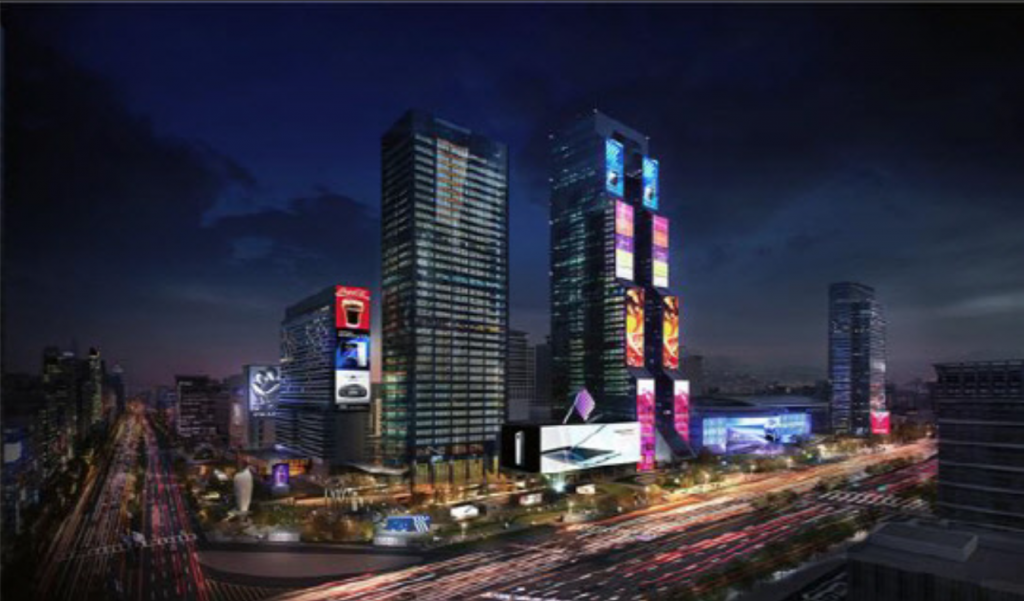 The entire project will span a period of ten years, divided into three major phases. (image: Ministry of Government Administration and Home Affairs)

In line with the decision, the region will be turned into a neighborhood similar to Manhattan’s Times Square, with buildings covered in giant billboards.

According to the ministry, COEX scored the highest in terms of its evaluation on resident compliance, practicality, composition of billboards, and the local promotion committee’s will to push ahead with the plans.

A total of 11 sites across Korea initially applied for the ministry’s review, which was cut down to seven after the first round of assessment, and then to five after two of the locations voluntarily retracted their applications.

The promotion committee for COEX, which includes officials from Gangnam District and the Korea International Trade Association, will make use of the area’s landmarks, including SM Town, to turn the area into a major-scale outdoor media plaza for visitors to experience Korean culture content.

The entire project will span a period of ten years, divided into three major phases. 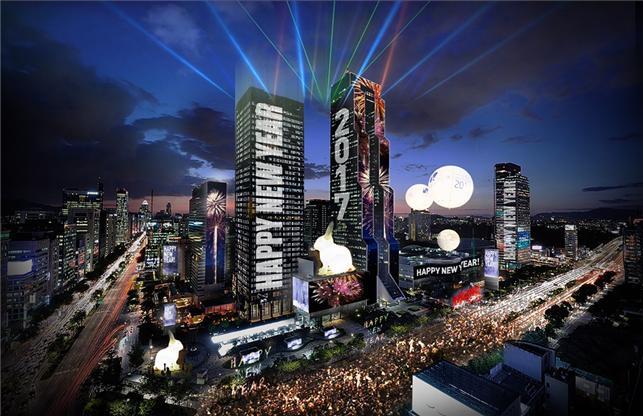 The first phase will cover the 78,400-square-meter area that includes COEX, Hyundai Department Store, and the Intercontinental Hotel, where giant LED billboards will be installed that will display content for 18 hours every day from 6 a.m. to midnight.

In the promotion committee’s initial plan announced in September, the district said it would install two LED displays at the COEX Artium that are 60 meters wide and 23 meters tall by early 2017. It also said it would erect a 23-meter-by-23-meter electronic display that can reproduce holograms and augmented reality.

“We’re looking to start the advertising business in the latter half of 2017 once we place orders for the displays early next year,” said a KITA official. “Once the construction of the 105-story Hyundai Global Business Center is completed (expected 2021), we’ll be expanding into the second phase area.”

The promotion committee expects the ten-year project to produce economic spinoffs of 235.2 billion won ($201 million), as well as 83.5 billion won in value added.

The four other sites considered for the final round of assessment were Dongdaemun Design Plaza, which submitted unsatisfactory plans and is already flooded with unlicensed outdoor advertisements at night; the Gangnam Station area, which had high levels of traffic congestion and concerns for walking safety despite excellent business value; Toegyero Street (from Myeongdong to Seoul Station), which had similar concerns as Gangnam Station; and Busan’s Seomyeon (Joongang Daero Street), which lacked practicality.