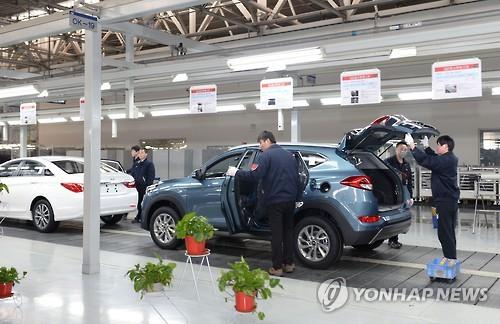 SEOUL, May 2 (Korea Bizwire) — The gap between the average wages of South Korea and China continued to narrow in 2015, industry data showed Sunday, apparently suggesting that South Korean products may be regaining their price competitiveness over their Chinese counterparts.

In 2015, the average minimum wage in China’s five largest cities was 59.2 percent of South Korea’s minimum wage, according to the data from the Korea International Trade Association (KITA).

KITA said the average wage of Chinese workers may be up to as high as 70 percent of that of South Korean laborers, considering that employment in China requires higher costs for worker welfare programs than in South Korea.

The growing costs of employment in China may suggest growing opportunities for South Korean firms and their products, it noted.

However, they also pose a problem for many South Korean companies currently based in China.