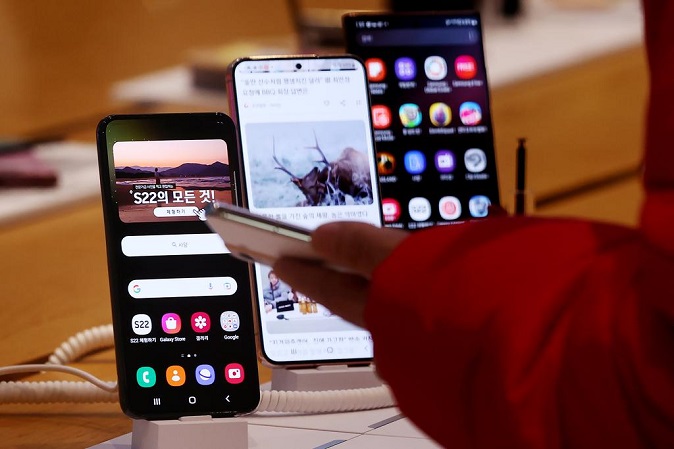 A customer checks out the Galaxy S22 smartphone at a Samsung store in Seoul, in this file photo taken March 8, 2022. (Yonhap)

SEOUL, Oct. 5 (Korea Bizwire) — Four out of 10 individuals who missed mobile phone bill payments turned out to be in their 20s or 30s, data showed Tuesday.

According to the data that Rep. Lee Jung-mun of the Democratic Party received from the Ministry of Science and ICT, the number of cases in which mobile phone bills are in arrears stood at 213,994 in the first eight months of this year, with the aggregate amount owed estimated at 25.8 billion won (US$18.1 million).

In terms of the number of cases and the amount owed, SK Telecom Co., which has the largest subscriber base among domestic telecom companies, topped the list with 83,315 cases and 10.7 billion won owed.

In particular, the number of mobile phone bill delinquencies for those in their 20s and 30s stood at 82,166 cases, accounting for 38 percent of the total.

The aggregate amount owed stood at 11.1 billion won, accounting for 43 percent of the total.

In the meantime, the amount owed by businesses and foreigners, who cannot be categorized by age, stood at 3.1 billion won.